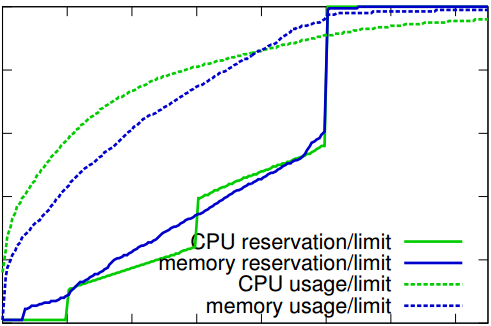 C++ is used to power much of our civilization, but is often unheralded, so people always underestimate how widely it is used. We think many C++ developers like to know about major/cool systems written in C++, so from time to time we'll post an article like this. Enjoy:

All components of Borg are written in C++...

A cluster usually hosts one large cell and may have a few smaller-scale test or special-purpose cells. We assiduously avoid any single point of failure. Our median cell size is about 10 k machines after excluding test cells; some are much larger...

Episode 10 of CppCast the only podcast by C++ developers for C++ developers. In this episode Rob and Jason are joined by Roland Bock to talk about sqlpp11 and some of Rolands ideas for the future of C++.

Roland Bock is Head of Development at PPRO Financial Ltd, an FCA regulated e-Money institute offering prepaid MasterCard card programs and comprehensive financial solutions for international electronic payment transactions. Since 2008 he has been using SQL in C++. Being unhappy with the string-based approach of most SQL libraries, he decided to do something about it and developed a type-safe EDSL for SQL in C++: sqlpp11. In his spare time Roland is working on sqlpp11, experimenting with Concepts Lite and trying to write a proposal about compile-time configurable names for C++ standard. He lives and codes in Munich (Germany).

Boost Your Productivity with Modern C++

A new training with Peter Gottschling, Head of the German ISO C++ Delegation in June:

Boost Your Productivity with Modern C++

From the Course Description:

Based on many years of programming experience—e.g., developing the Matrix Template Library—I want to share my C++ knowledge with you. This experience is spiced with the accumulated proficiency of Bjarne Stroustrup, Herb Sutter, Scott Meyer, and other C++ experts whose advises also originate from programming experience.
Target Audience

This workshop is an introduction to new features and best practices of modern C++. We will delve into the core of C++ and all new features introduced in C++11 and C++14.

Introduction to Modern C++ Workshop happening at Polyglot Unconference 2015 in Vancouver, BC.

From the workshop summary: 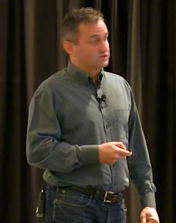 Reasonably-written C++ code will be naturally fast. This is to C++'s excellent low-penalty abstractions and a memory model close to the machine.

However, a large category of applications have no boundaries on desired speed, meaning there's no point of diminishing returns in making code faster. Better speed means less power consumed for the same work, more workload with the same data center expense, better features for the end user, more features for machine learning, better analytics, and more.

Optimizing has always been an art, and in particular optimizing C++ on contemporary hardware has become a task of formidable complexity. This is because modern hardware has a few peculiarities about it that are not sufficiently understood and explored. This talk discusses a few such effects, and guides the attendee on how to navigate design and implementation options in search for better performance.

From the Visual C++ Porting and Upgrading Guide (referring to Visual Studio 2015 RC):

When you upgrade to a new version of the Visual C++ compiler, you might encounter compilation and/or runtime errors in code that previously compiled and ran correctly...

C++ Today: The Beast Is Back -- Jon Kalb and Gašper Ažman

C++ Today: The Beast Is Back

by Jon Kalb and Gašper Ažman

Now that software development is shifting primarily toward mobile and cloud computing, the venerable C++ programming language is returning to the dominant position it held during the object-oriented boom of the 1990s. In this O′Reilly report, you′ll learn why C++ is once again the preferred choice across several diverse industries...

1. The Nature of the Beast

4. The Beast Roars Back

Boost: A Library and Organization

Lambdas as a Scope with a Return Value

C/C++ SonarQube plugin based on Clang is out -- CoderGears team C/C++ SonarQube plugin based on Clang is out

SonarQube is is an open platform to manage the code quality...

The big challenge to develop a sonar plugin for C/C++ is to use the good parser...

The C/C++ SonarQube plugin based on Clang and CppDepend is just released, it’s free for open source contributors and for universities. 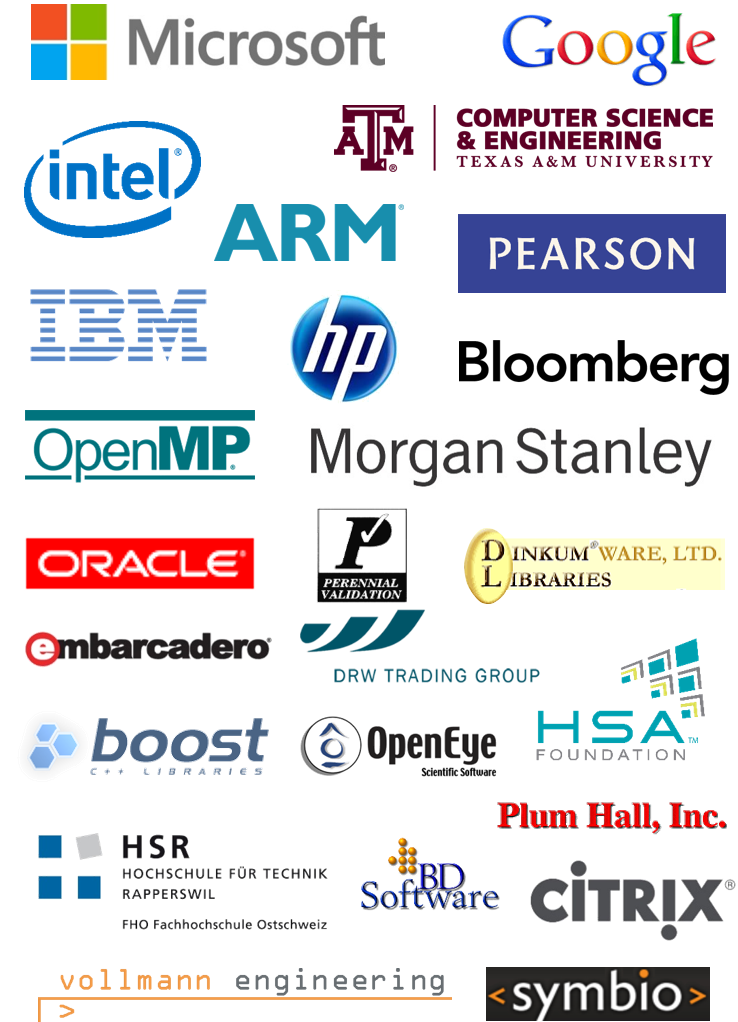 Most of the following announcement will not immediately affect those who are not C++ standards committee members, but I hope everyone reading this blog who uses and relies on C++ will benefit from this new program.

I’m pleased to share that today at the ISO C++ meeting in Lenexa, Kansas, USA, the Standard C++ Foundation launched a new financial assistance policy intended to facilitate the work of WG21. You can find the policy here.

Before I mention details, let me thank two important groups without whose support this would not be possible:

Remember that the Foundation is not the committee, even though many people and companies participate in both. Rather, the Foundation exists to support the community and the work of the committee while leaving standardization strictly under the C++ committee leadership’s direction. For that reason, this policy leaves it up to the C++ committee leadership as to how the financial support should best be applied. Also, please note that this policy is experimental and subject to revision or withdrawal, but we hope it will be successful in facilitating the work of the committee as we develop the TSes, C++17, and beyond.

The basic idea is that the Foundation will set aside a chunk of money for each meeting, that the convener and main subgroup chairs can draw on to facilitate WG21 work, notably in three areas:

Note that both #2 and #3 are intended to directly help and foster community involvement beyond the big commercial corporations and academic/research institutions.

Recall: For much of the history of the C++ committee, we have had key participants who have made an enormous difference to C++ who have not been funded by a company, university, research lab, or other organization. Today, that hasn't changed: We continue to have some of our major proposals, including at least three large proposed libraries including Ranges (range-based STL using concepts), Networking (based on Boost.ASIO), and 2D Graphics (based on Cairo), that rely partly or entirely on the efforts of such individual world-class experts, and that have been developed to their current state by those experts’ unpaid volunteer efforts.

The committee has expressed strong interest in pursuing all of the three proposals I've just named, as well as others. However, nothing gets done unless someone can contribute sustained heavy work -- and because these key efforts are not funded by companies, some of these efforts likely cannot continue, and cannot be completed, without at least some assistance of the financial variety. We hope that the Foundation can help by starting to offer tactical travel assistance and grant funding for some of the costs of some of these kinds of contributors, so that we can help foster the work that the committee has declared an interest in, but that cannot progress without requiring some level of actual financial development assistance that would not happen if we relied on companies and other institutions alone.

Since the last November’s standards meeting in particular, the Foundation directors have been working on putting together this policy because the Foundation had already become involved in supporting all three of these categories of standards-related work, but it has been in ad-hoc and on-demand ways as situations have arisen.

For example, even before there was a policy, the Foundation funded work from which the standardization effort is already benefiting at this week's meeting: Without the first grant issued as an initial one-off grant over the winter even before this regular policy became official, we would not now have a 170-page document before us containing near-complete working draft text for applying concepts and ranges to the entire STL iterators and algorithms libraries, along with an open source reference implementation on GitHub – and we do have that and are considering it at this week’s standards meeting.

Since this has worked very well in the form of ad-hoc one-off support, the Foundation directors decided it was time to establish a structure to formalize and regularize this support, and test how well it works more broadly.

So now that we have a policy, what’s different? The answer is, not too much -- the Foundation still wants to support those same things, and this policy mainly gives a regular and consistent structure for doing that. One major difference is that going forward it will be, not just the Foundation’s CEO and directors, but the committee leadership -- the convener and the four main subgroup chairs -- who will decide and approve where the support should be allocated. The Foundation directors will set a budget of what we can contribute toward each meeting, and the committee leadership will decide how they want to use it to promote the work of that meeting. (Note that there is overlap between the Foundation directors and the WG21 leadership, and some of us wear two hats, but the policy is written to distinguish those roles and designed for the long term as the people in particular roles evolve over time.)

Again, this is experimental and subject to review based on how it goes. As we try this out together with the committee subgroup chairs between now and our next meeting in October, we’ll get a better feel together for how it will all work in practice.

Thank you again to the Standard C++ Foundation members at right who directly financially support the work of the Foundation including this initiative.

Thank you again to the CppCon attendees, and to the CppCon volunteers who contribute so much to the running of that conference to disseminate information and support the C++ community, because your support for CppCon feeds back into enabling things like this initiative.

Thank you again to the C++ committee members and leadership who work hard year after year to bring us modern Standard C++ at high quality.

Thank you all, dear readers, for all you do for Standard C++. The Foundation is glad to be able to try to provide some financial support for the good work of C++ standardization in key areas to promote the development of our Technical Specifications, C++17, and beyond, and we look forward with intense interest to see what future results these and other efforts may bring.

The Annihilation of Conceptual Integrity by Tony DaSilva

A commentary on the C++17 directions being discussed today at the ISO C++ meeting in Kansas, USA:

The Annihilation of Conceptual Integrity

When a large group or committee is tasked with designing a complex system from scratch, or evolving an existing one, I always think of these timeless quotes from Fred Brooks: ... “Who advocates ... for the product itself -- its conceptual integrity, its efficiency, its economy, its robustness? Often, no one.” – Fred Brooks

... Like all the other C++ committee members, Bjarne is a really, really, smart guy. For the decades that I’ve followed his efforts to evolve and improve the language, Bjarne has always expressed empathy for "the little people"; the 99% (of which I am a card-carrying member).

In a world in which the top 1% doesn’t seem to [care] about the remaining 99%, it’s always refreshing to encounter a 1 percenter who cares deeply about the other 99 percenters. And THAT, my dear reader, is what has always endeared Mr. Bjarne Stroustrup to me....