Scott, we have appreciated all you've contributed to C++ over many years. Your first book, first edition, got me and many others grounded in C++. Thanks for all the pearls of wisdom, and "never say never"... perhaps we will enjoy new nuggets again!

For now, thanks for the kind observations about the worldwide C++ community today:

I'm only mostly retiring from C++. I'll continue to address errata in my books, and I'll remain consulting editor for the Effective Software Development Series. I may even give one more talk... 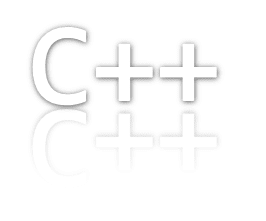 A lot has happened in C++ in 2015! As we close out the year, here's a retrospective from an experienced C++ developer:

Maybe I’ll be boring with this note, but again I need to write that this was another good year for C++! Here’s a bunch of facts:

See my full report below...

Both keynotes from Meeting C++ 2015 are now online!

Both Keynotes from Meeting C++ 2015 are online!

Great news: Since yesterday, both of the keynotes from this years Meeting C++ conference are on youtube! Both keynote speakers chose to speak on a specific topic, and delivered very well. There is also a playlist for Meeting C++ 2015.

Some things are not as efficient as we thought:

So we had this pattern in some of our code. Some sort of “device/API specific objects” need to be created out of simple “descriptor/key” structures. Think D3D11 rasterizer state or Metal pipeline state, or something similar to them...

Episode 38 of CppCast the only podcast for C++ developers by C++ developers. In this episode Rob and Jason are joined by Jussi Pakkanen to discuss the Mesonbuild multiplatform build system for C++.

Jussi Pakkanen got his doctoral degree in computer science from the Helsinki University of Technology in 2006. Since then he has worked on various problem areas ranging from mail sorting to the software stacks of Ubuntu desktop and phone. Most recently he was the SDK lead developer at Jolla. Currently he is open for new development challenges. During his spare time he has been known to be a photographer, movie director, magician, gastronomist, computer game designer and watercolour painter.

From the release note:

One new library was added:

Libraries with bug fixes and enhancements are:

Discover a functionnality of Visual Studio:

CMake is a cross-platform project generator that enables reuse of shared C++ code across multiple IDE and project systems.

We made a change to CMake to support our Android toolchain in Visual Studio. With this change, you can take your existing CMake project targetting Android, and with minimal modifications, you can have it open in Visual Studio, and benefit from our rich IDE experience for Android...

Everything is in the title:

A fold is a higher order function (a function that has one or more function parameters and/or returns a function) that is recursively applied over a data structure...

ACCU’s Overload journal of December 2015 is out. It contains the following C++ related articles.

If several classes need to work together lots of boilerplate code is often needed. Nicolas Bouillot introduces type mosaicing to avoid this.

The Universality and Expressiveness of std::accumulate

Folding is a highly generic operation available through std::accumulate. Paul Keir goes beyond reduction, with the help of C++14’s polymorphic lambdas.

Boolean parameters are tempting but make life difficult. Matthew Wilson advises us to avoid them (almost) all the time.

Identify your Errors better with char[]

Error codes still get used instead of exceptions. Patrick Martin and Dietmar Kühl consider how to use char arrays for better information.

CPU Clocks and Clock Interrupts, and Their Effects on Schedulers

Instructions to sleep for a second almost never result in precisely one second’s sleep. Bob Schmidt walks us through the mechanics of why.

Meeting C++ just started a week ago, and I already managed to edit and upload all lightning talks:

Meeting C++ 2015 - all lightning talks are now online at youtube