The current status of major subgroups can be found here:

NOTE: The graphic below is updated after each face-to-face meeting, which are suspended during the pandemic. 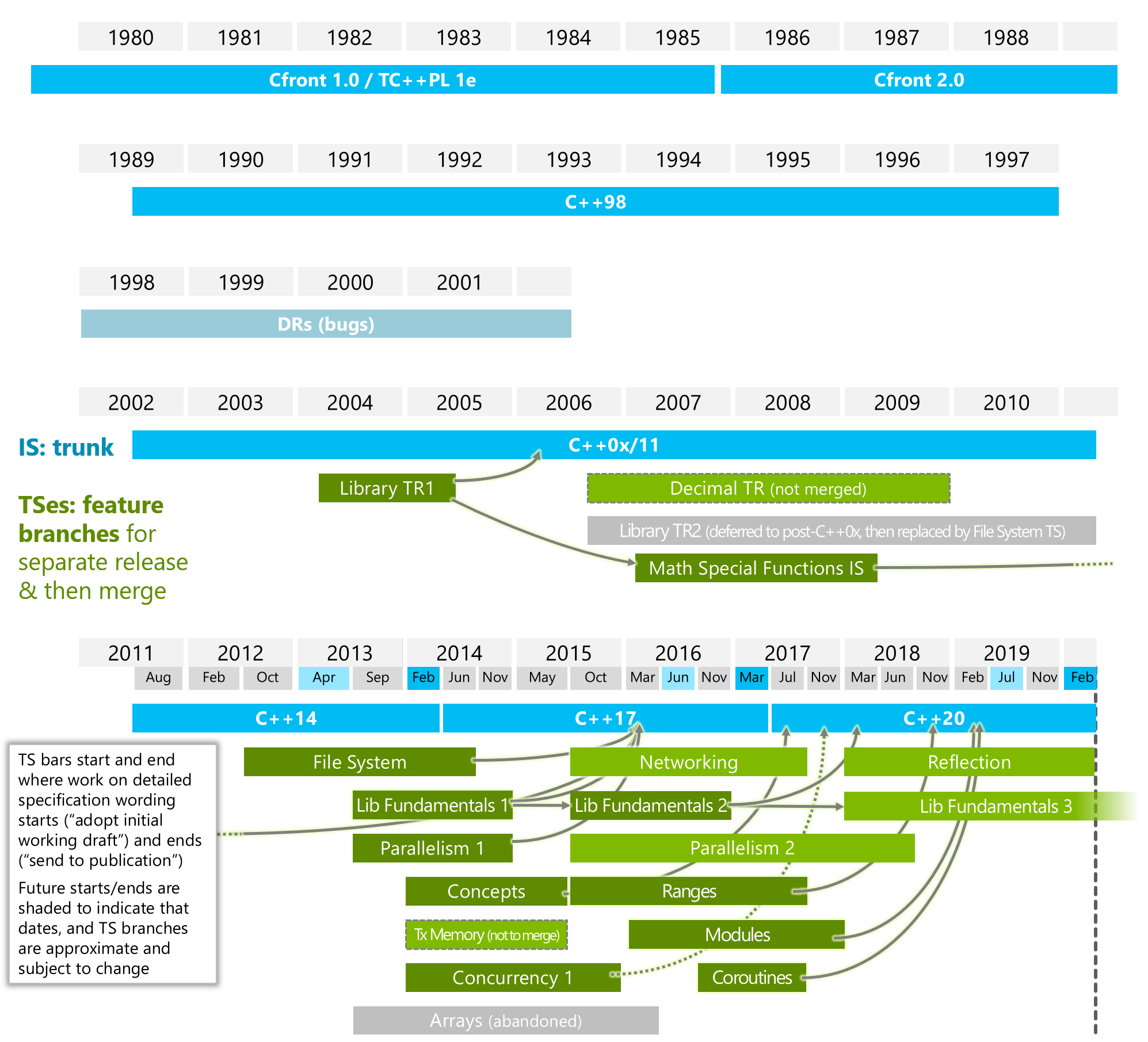 Starting in 2012, the committee has transitioned to a "decoupled" model where major pieces of work can progress independently from the Standard itself and be delivered in "feature branch" TSes. Vendors can choose to implement these, and the community can gain experience with the std::experimental version of each feature. This lets us learn and adjust each feature's design based on experience before it is cast in stone when merged into the "trunk" C++ Standard itself. In the meantime, the Standard can be delivered on a more regular cadence with smaller and more predictable batches of features. This approach also helps C++ compilers to track the Standard more closely and add both the experimental and the draft-final C++ features in a more consistent order. The current schedule is in paper P1000.

Many TSes are focusing particularly on producing new C++ standard libraries; to participate, see the instructions for how to Submit a Proposal. See the table below for current status.

Here is a summary of the currently active projects and their appointed Project Editors.