Jason Turner discusses in his recent article the size of instantiated template code.

Back in 2008 I wrote an article on template code bloat. In that article I concluded that the use of templates does not necessarily cause your binary code to bloat and may actually result in smaller code!

However, after spending the last few months optimizing and evaluating ChaiScript I've learned that the misuse of templates, particularly when inheritance is involved, can have a huge impact on code size.

Two or more threads were writing to cout using the form:

And one of the problems was that data sent from one thread often interrupted another thread, so the output was always messed up. [...] I started designing a solution by giving myself some guidelines, here listed in order of importance...

This proposal suggests allowing lambda-expressions in constant expressions, removing an existing restriction. The authors propose that certain lambda-expressions and operations on certain closure objects be allowed to appear within constant expressions. In doing so, we also propose that a closure type be considered a literal type if the type of each of its data-members is a literal type; and, that if the constexpr specifier is omitted within the lambda-declarator, that the generated function call operator be constexpr if it would satisfy the requirements of a constexpr function (similar to the constexpr inference that already occurs for implicitly defined constructors and the assignment operator functions).

We normally wait until committee papers get "N" (permanent) numbers, but this one is an exception. It has also already been circulated to ISO C++ committee members in preparation for the next ISO C++ meeting that begins on Monday in Lenexa, Kansas, USA.

This is a draft intended to focus a discussion at the Lexena committee meeting.

This is an extended version (based on feedback) of an internal committee standard reflector message that got so widely distributed and discussed that it would be a good idea to have it as a document. I have tried to remove distracting committee jargon. Thanks to people who took part in the reflector discussion or commented on the web. I have also added links. It is still a collection of thoughts aimed at stimulating a discussion, rather than a formal paper or a precise proposal.

The note was written for committee members, but “escaped into the wild.” Here are a few comments from the web: [Reddit] [The Register] [Hacker News]

As you see, people outside the committee also have strong opinions. Those opinions can depart radically from the ones I hear in the committee and from reality. 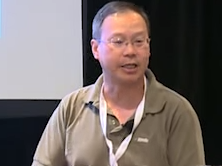 Another fundamental shift in Parallelism Paradigm?

Another fundamental shift in Parallelism Paradigm? Sure. When was the last time you heard that before?

But seriously, as the number of threads/cores continue to increase, there is a growing pressure on applications to exploit more of the available parallelism in their codes, including coarse-, medium-, and fine-grain parallelism. OpenMP has been one of the dominant shared-memory programming models but is evolving beyond that with a new Mission Statement (no, really!) making it well suited for exploiting medium- and fine-grained parallelism.

OpenMP 4.0 exhibits many of these features to support the next step in both consumer, high-performance and exascale computing, with one of the world's first programming model for high-level language support for GPU/Accelerators and vector SIMD across not 1 but 3 high-level languages: C++, C, and that language whose name we dare not speak, but starts with F.

Cat is meowing! A new open source C++14 Functional Library has been released:

Quick Q: How can I speed up this nested loop with cout? -- Quora

Quick A: Enable more asynchrony and buffering. Boost can help.

How can I minimize the runtime of the following loops: ... ?

From the first answer:

This document supersedes N4286. Changes relative to N4286 include:

A generalized routine that in addition to traditional subroutine operations such as invoke and return supports suspend and resume operations.