At this meeting we will address ballot comments on the Transactional Memory PDTS (N4302), and discuss whatever comments are available on the Concepts PDTS (N4377). We also aim to bring several projects to their next ballot stage, potentially including the following: 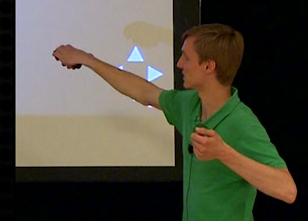 Template metaprogramming sucks. No, seriously; you might like the imposed purely functional paradigm, but not the templates themselves. While C++11 has made our life easier, even simple metaprograms are often hard to write, impossible to maintain and slow to compile; we need better abstractions. In this talk, I will present Boost.Hana[1], an experimental C++14 library for heterogeneous computation. The library takes metaprogramming to a whole new level of expressiveness by unifying the well-known Boost.MPL and Boost.Fusion libraries under a single generic, purely functional interface. The library incorporates some of the most recent advances in C++ metaprogramming; I will give an overview of the most interesting implementation techniques used internally. Finally, I will show concrete ways to use the library so you, as a developer, can write less template black magic, increase your productivity and spend less time in coffee breaks waiting for the compiler (sorry).

Episode 4 of CppCast, the only podcast by C++ developers for C++ developers. In this episode David Sankel joins Rob Irving to talk about his upcoming C++Now! talk where he will be discussing the use of Cmake and Git in large C++ projects. We also touch on David's expertise with functional programming.

David Sankel is a professional software developer/architect based in the USA. His prolific software developments have included CAD/CAM, computer graphics, visual programming languages, web applications, computer vision, and cryptography. He is a frequent speaker at the C++Now! conferences and is especially well known for his advanced functional programming in C++ talks.

From a totally unnecessary blog (we beg to differ):

Lazy evaluation is a powerful tool and a pillar of functional programming; it gives the ability to construct potentially infinite data structures, and increases the performance by avoiding needless calculations ...

... Functional languages like Haskell have the concept of list comprehensions ... In C#, of course, we have LINQ ... It would be nice to have something similar in an eager language like C++ ... now the lazy, resumable generators proposed by N4286 seem perfect for this purpose ... We can use the VS2015 CTP prototype to experiment with this idea ... 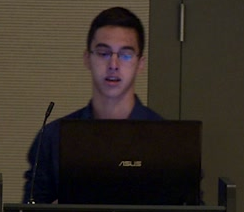 Modern C++ has made game development a much more pleasurable experience. Features such as smart pointers and variadic templates are invaluable in speeding up the development process and in making the code cleaner and more robust. New easy-to-use multimedia libraries such as SFML, SDL and Cinder make dealing with graphics, sounds and input very easy, and work well with modern code principles. This talk guides the audience through the creation of an Arkanoid/Breakout clone in under 200 lines of code, using C++11/C++14 features and idioms. Chronologically sequential code segments, compiled and executed one by one, will show the attendees how a game is created from scratch, slowly becoming a playable product, step by step. The end result will be a small game, completely written in modern C++ code. Topics covered will range from basic graphics programming to entity management and collision detection/response.

Lock-Free Data Structures. The Evolution of a Stack -- Max Khiszinsky

Lock-Free Data Structures. The Evolution of a Stack

Describing the known algorithms would be quite boring, as there would be a lot of [pseudo-]code, plenty of details that are important but quite specific. After all, you can always find them in the references I provide in articles. What I wanted was to tell you an interesting story about exciting things. I wanted to show the development of approaches to designing concurrent containers.

Quick Q: Why does ~shared_ptr amazingly know how to call the right destructor? -- StackOvervflow

Quick A: Because shared_ptr is awesome and remembers the correct deleter to call.

In the following code:

smart pointer data member pImpl(class Impl) and raw pointer pc(class CAT) all are incomplete data type, there is no definition of these two classes in Widget.h ...

... For the raw pointer data member, its destuctor is not called when widget object is destructed.

While the shared_ptr data member, its destructor has been correctly called.

... Why do shared_ptr data member and raw data member have different behavior when the widget gets destructed?

In case you missed the transcript a few days ago on Reddit:

Interview with Scott Meyers at Yandex

... So I don’t think that in ten years everyone will be using managed languages. I think that C++ is going to remain an extremely important language for production use. Simply because if your goal is to get the maximum of performance out of the machine. If that is what is most important to you. I think that even these days the primary competitors are C and C++. Those are pretty much your choices. And C++ is just a much more expressive language. I have to say that I’m not a C programmer. I've never really been a C programmer. But I think that just a simple notion of destructors is so unbelievably powerful, that as a C programmer I would consider moving to C++ just so I could compile and get destructors. And, obviously, there is a lot more? to it than that...

The intended audience for this tutorial/screencast are people who have some experience with C++ in general, and who watched the previous episodes. This episode also teaches the basics of polymorphism and component-based design.

I greatly appreciate comments and criticism, and ideas for future videos/tutorials. Feel free to fork/analyze the source code at: https://github.com/SuperV1234/Tutorials You can find the previous episodes here: Playlist

Leveraging the elegance of recursion:

Main disadvantage of Recursion in imperative languages is the fact that not always is possible to have tail calls, which means an allocation of the function address (and relative variables, like structs for instance) onto the stack at each call. For deep recursive function this can cause a stack-overflow exception because of a limit to the maximum size of the stack, which is typically less than the size of RAM by quite a few orders of magnitude.