build2 now provides conforming and scalable support for all the major C++20 Modules features when used with GCC. This includes named modules, module partitions (both interface and implementation), header unit importation, and include translation. All of these features are also supported in libraries, including consumption of installed libraries with information about modules and importable headers conveyed in pkg-config files. As part of this effort we have also created a collection of examples that demonstrate C++20 Modules features that impact the build process...

I regularly check various open-source projects to demonstrate the abilities of the PVS-Studio static code analyzer (C, C++, C#). Now it is time for the GCC compiler to get checked.

This part could also be called "Example number one thousand, why macros are bad". I really don't like macros and always urge people to avoid using them if possible. Macros make it difficult to read the code, provoke errors, and make the work of static analyzers harder. As best I can tell, from a brief interaction with the GCC code, the authors are big fans of macros. I was really tired looking at what the macros are expanded to, and perhaps missed quite a number of interesting errors. I should confess that I was lazy at times. But still, I will demonstrate a couple of errors, connected with macros.

The release of GCC 5.1 is a highlight, here is an overview on the most important new things:

A short article about two error-detection features in GCC:

Address and Thread Sanitizers in GCC

Since their 4.8 version, the C and C++ compilers of the GNU Compiler Collection are equipped with built-in memory and data race errors detectors named Address Sanitizer and Thread Sanitizer.

This article intends to quickly walk you through the highlights of these two interesting tools. 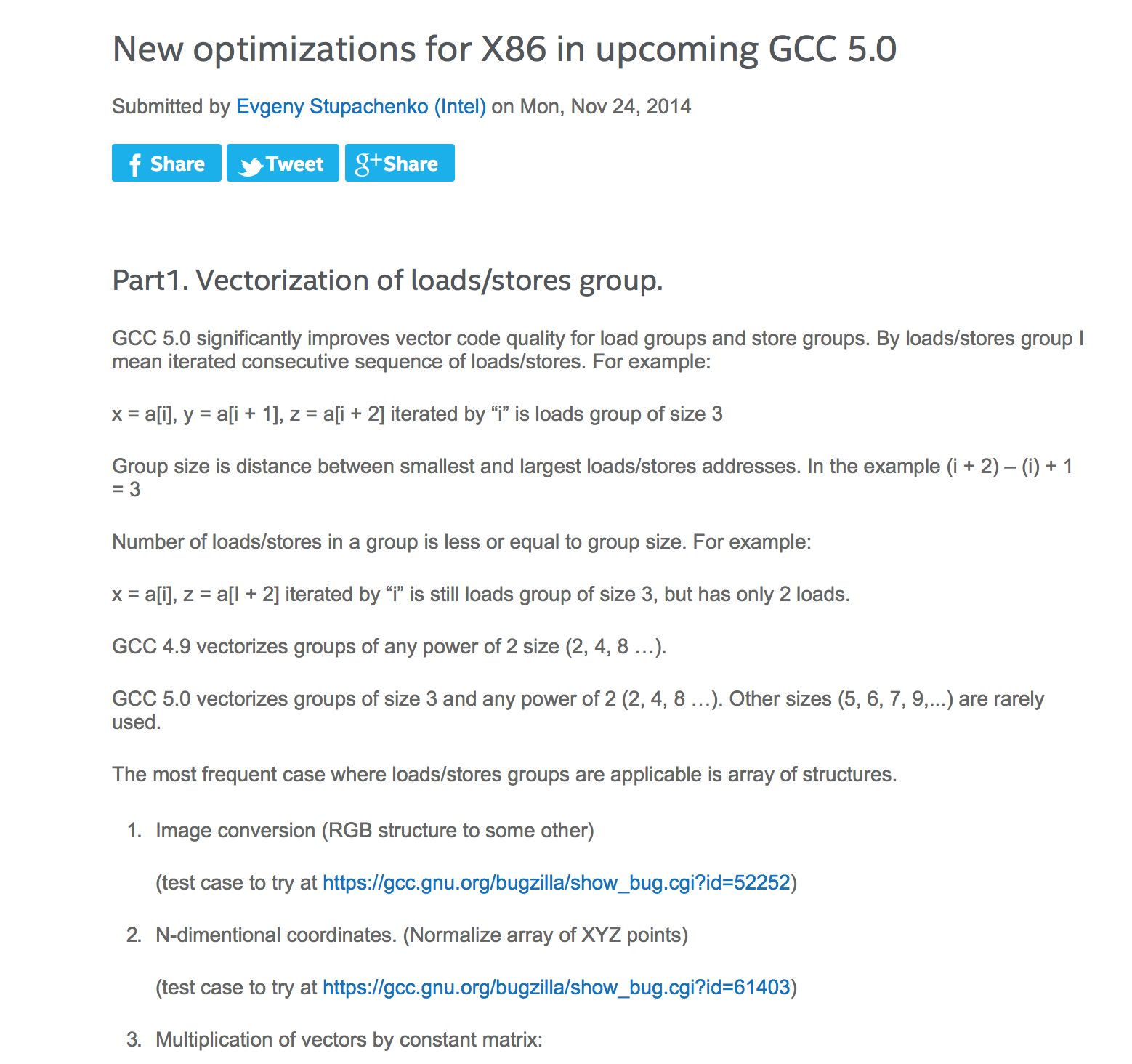