Episode 195 of CppCast the first podcast for C++ developers by C++ developers. In this episode Rob and Jason are joined by Victor Zverovich to discuss the fmt modern formatting library and the proposal to bring it to C++20.

Victor Zverovich is a software engineer at Facebook working on the Thrift RPC framework. Before joining Facebook in 2016, he worked for several years on modeling systems for mathematical optimization. He is an active contributor to open-source projects, an author of the {fmt} library and the ISO proposal P0645 to add a new formatting facility to C++.

Get with the program!

CppCon 2019 Call for Submissions is Open

Call for Submissions is now open for CppCon 2019 to be held September 15-20, 2019 at the Gaylord Rockies in Aurora, Colorado, USA. The submission deadline is May 20th.

Registration for CppCon 2019 is Open

Registration for CppCon 2019 is Open

Quick A: clear() to make sure and use it as normal.

an object state that is not specified except that the object’s invariants are met and operations on the object behave as specified for its type [ Example: If an object x of type std::vector<int> is in a valid but unspecified state, x.empty() can be called unconditionally, and x.front() can be called only if x.empty() returns false. —end example ]

Therefore, the object is live. You can perform any operation that does not require a precondition (unless you verify the precondition first).

clear, for example, has no preconditions. And it will return the object to a known state. So just clear it and use it as normal.

The February 2019 ISO C++ meeting was held in Kailua-Kona, Hawaii. As usual, Red Hat sent three developers to the meeting: I attended in the Core Language working group, Jonathan Wakely in Library, and Thomas Rodgers in SG1 (parallelism and concurrency). The meeting went smoothly, although there was significant uncertainty at the beginning where we would end up. In the end, Modules and Coroutines were accepted into the C++20 draft, so now we have our work cut out for us nailing down the remaining loose corners. Here ar highlights from the meeting...

Are you in the area?

The C++ Conference, made in Italy
Saturday June 15, Milan

We are excited to announce the conference keynote speaker
Andrei Alexandrescu 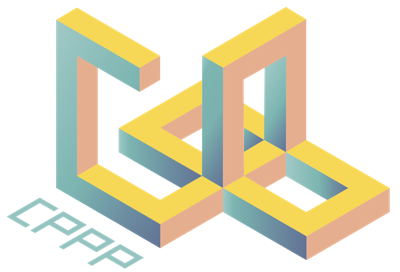 Here is an exciting piece of news for the C++ community: the CPPP conference has been officially announced!

The Day I Fell in Love with Fuzzing--Chris Wellons

Do you know about it?

The Day I Fell in Love with Fuzzing

In 2007 I wrote a pair of modding tools, binitools, for a space trading and combat simulation game named Freelancer. The game stores its non-art assets in the format of “binary INI” files, or “BINI” files. The motivation for the binary format over traditional INI files was probably performance: it’s faster to load and read these files than it is to parse arbitrary text in INI format...

From the release notes: