Episode 99 of CppCast the only podcast for C++ developers by C++ developers. In this episode Rob and Jason are joined by Udit Patidar and Anoop Prabha from Intel to discuss Intel's C++ Compiler and suite of Performance tuning Software Development Tools.

Anoop Prabha is currently a Software Engineer in Software and Services Group at Intel working with Intel® C++ Compiler Support. He played paramount role in driving customer adoption for features like Intel® Cilk™ Plus, Explicit Vectorization, Compute Offload to Intel® Processor Graphics across all Intel targets by creating technical articles and code samples, educating customers through webinars and 1-on-1 engagements. He is currently driving the Parallel STL feature adoption (new feature in 18.0 beta Compiler). Before joining Intel, Anoop worked at IBM India Private Ltd as a Software Developer for 3 years in Bangalore, India and later completed his graduation from State University of New York at Buffalo.

Udit Patidar works in the Developer Products Division of Intel, where he is a product manager for Intel software tools. He was previously a developer working on Intel compilers, focusing on OpenMP parallel programming model for technical and scientific computing workloads. He has extensive experience in high performance computing, both at Intel and previously. Udit holds an MBA in General Management from Cornell University, and a PhD in Computer Science from the University of Houston.

In his recent blog post Andrzej described in detail about a bug he discovered in GCC. 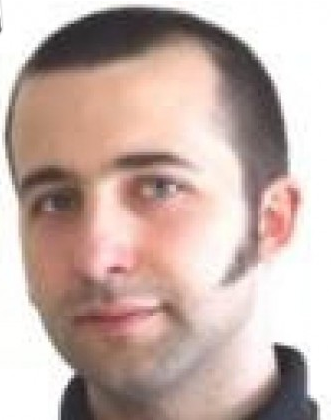 A bug in GCC

This post is to inform you about a bug in GCC that may cause memory (or other resource) leaks in your valid C++ programs.

One of the pillars of C++ philosophy is what we often call RAII: if you use classes to manage resources, use constructors for allocating resources and destructors for releasing them, the language makes sure that whatever happens, however you use such classes the resources will get properly released.

The first major C++ conference in the Asia-Pacific region.

The conference will be held at the Sudima Hotel on the 26th and 27th of October 2017, in Christchurch, New Zealand.

Join us to advance your C++03 skills if you work in an embedded environment.

This course addresses the “fear, uncertainty and doubt” of using full C++. Specifically the course deals with: performance and memory considerations of polymorphic functions, exceptions and templates. In addition, complete coverage of the Standard Library (including the STL) is provided, again addressing the specifics of performance and memory models.

This is a five day course, which reviews C++ in the light of real-time systems, addresses the application of C++ in a real-time/embedded environment, and then focuses on the advanced parts of the language. 50% of the course is spent on practical work and the course includes the use of target hardware.

Quick A: The signature of the function is first.

The correct syntax should be:

The STE||AR Group has released V1.0 of HPX -- A C++ Standard library for parallelism and concurrency.

The newest version of HPX (V1.0) is now available for download! Please see here for the release notes.

HPX exposes an API fully conforming to the concurrency related parts of the C++11/C++14/C++17 standards, extended and applied to distributed and heterogeneous computing, and aligned with the ongoing standardization discussions.

Episode 98 of CppCast the only podcast for C++ developers by C++ developers. In this episode Rob and Jason are joined by Peter Bindels to discuss the Hippomocks mocking library and the cpp-dependencies tool he worked on that was open sourced from TomTom.

Peter Bindels is a C++ software engineer who prides himself on writing code that is easy to use, easy to work with and well-readable to anybody familiar with the language. He's worked for a contractor for a few years and then made the switch to work at Tomtom, where he's been working on various parts of the software chain, last of which was a major cleanup in the navigation code base. In doing so he developed a tool to determine, check and improve dependencies between components, which allows quicker structural insight in complicated systems. He also created HippoMocks in 2008, one of the first full fledged C++ mocking frameworks that is still a relevant choice today. He has given two talks at Meeting C++ 2016 and will be giving his third talk, on Mocking in C++, at CppNow 2017.

Previously, we’ve looked at the basics of hardware manipulation in C++ and applied that to a simple GPIO implementation.

In this article we’re going to have a look at encapsulating our code in a class and look at some of the design choices we have to make...

The new boost is out!


Process:
Process library by Klemens D. Morgenstern, that provides cross platorm ways to allows you to:

ACCU’s Overload journal of April 2017 is out. It contains the following C++ related articles.

Space invaders in Elm
Elm is a functional language which compiles to JavaScript. Ossi Hanhinen provides an overview. by Ossi Hanhinen

Single Module Builds – The Fastest Heresy in Town
Unity builds can be controversial. Andy Thomason shows how much difference they can make to build times. by Andy Thomason

Contractual Loopholes
Compilers can optimise away functions you may want to time. Deák Ferenc explores ways to stop this happening. by Deák Ferenc

All About the Base
Representing numbers presents many choices. Teedy Deigh counts the ways. by Teedy Deigh