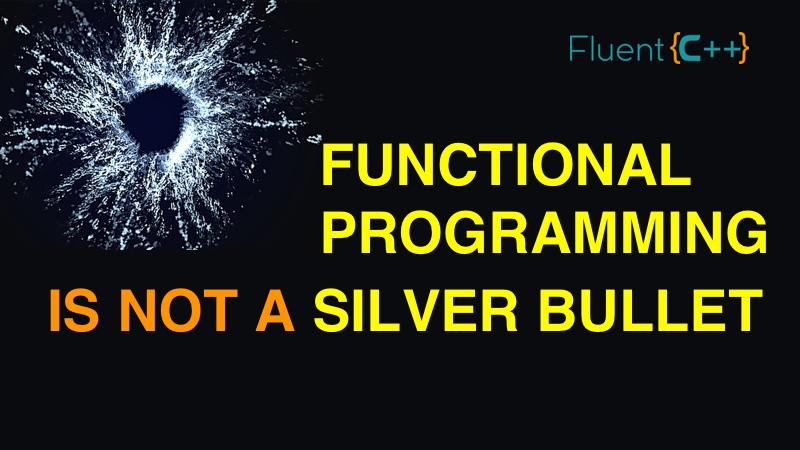 Functional Programming Is Not a Silver Bullet

The past few years have seen a boost in popularity of the functional programming paradigm. Languages that were used mostly in academic circles for decades are now in broader use amongst programmers. And every couple of months, another functional language hits the news and gets its trail of followers.

Why is that? Functional programming allow for safer and more robust code, in part due to one of its core principles: values are not mutable. A consequence of this is that there is no side effects. We can apply this principle in any language, including in C++, by coding with the least side effects possible.

While it certainly helps putting together a better design of code, it’s important to realize that it’s not the panacea, that this principle doesn’t solve in itself all design issues. Nothing is the panacea anyway, but in this time of gold rush towards functional programming, we could be tricked into thinking it will automatically lead to good design.

And, of course, sometimes coupling is essential to a design, and getting in the way of that coupling just corrupts the design process.