My take on variant--Jonathan Müller

An interesting point of view and implementation of a variant in one article!

My take on variant

C++17 is going to add std::variant. To quote the linked documentation, it is a “type-safe union”. A union is like a struct, but can only store one member at a time. This has many applications, but sadly it doesn’t mix well with non-trivial types, you have to call the destructor yourself etc. Furthermore, nothing prevents you from accessing a union member that isn’t active.

std::variant fixes that. It correctly calls the destructor when switching the active member, it prevents invalid access, etc. However, I’m not quite happy with it and I needed an implementation now. So I’ve decided to implement my own variant as part of my type_safe library.

It was a fun challenge and since my previous attempt was two years ago, I could improve it a lot. Let’s go through some of my design decisions.

Heap fragmentation or how my micro-benchmark went wrong--David Gross

Who did not measure wrongly?

Heap fragmentation or how my micro-benchmark went wrong

Do you know attributes?

With the increasing standardization of attributes, we get the opportunity to make our code clearer not only to other humans but also to the compiler and other tools...

Let's use those fold operators!

In the last post we looked at basic usage of C++17 Fold Expressions. I found that many posts on this topic discuss simple types and ignore how folds may be applicable to more complex types as well. In this post I'm going to describe folding over functions...

A new version is out!

They are made easier with this article.

C++17 has an interesting new feature called fold expressions. Fold expressions offer a compact syntax to apply a binary operation to the elements of a parameter pack...

Michael Wong and Nicolai Josuttis, will talk about new feature of C++17 at the OOP conference in Munich:

Parallel and Concurrent Programming in C++17 and Beyond

by Michael Wong and Nicolai Josuttis

On Feb 1, 2017 two of the leading experts for C++, Michael Wong and Nicolai Josuttis, will talk about new feature of C++17 at the OOP conference in Munich.

It might be a fun little project to generate a web-based interactive version of the effects of various methods of `filesystem::path`.

Nicolai Josuttis speaks on the upcoming NDC conference in London about: 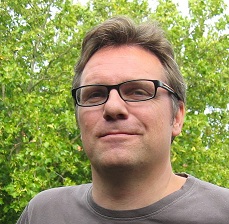 On January 19, 2017, Nicolai Josuttis, the author of The C++ Standard Library, will give two talks at the NDC conference in London about the core and library features of the upcoming C++17.