The yellow brick road starts here in Kansas (actually Lenexa) hosted by Perceptive Software, and it is called C++17. At this meeting, it led with a major evening discussion on the philosophy of C++17 on a Monday night full session...

Second part of a discussion about designing a type storing character strings of length N (known at compile-time and sufficiently small).

Today, we will continue with the implementation of a type capable of storing short codes. For the previous post on the subject see here. This time, we will focus on type safety...

See the talk Kevlin Henney gave at the NDC this june:

What you will find in the video:

Functional C++? As opposed to what - dysfunctional? Well, kind of, yeah. Sure, in C++ the principal unit of composition is called a function, but that doesn't mean it's a functional language. And the idea of restricting mutability of state gets a nod with const, but it's a nod not a hug. And the STL shows influences of functional programming, although it falls short of being compositional. And, yes, sure, C++11 has lambdas, but then again, these days, who doesn't? Lambda calculus was invented in the 1930s.
This talk looks at how to express functional programming ideas in (post)modern C++ in a way that can be considered idiomatic to C++, rather than trying to use the power of overloading and metaprogramming to pretend C++ is Haskell or Lisp. In short, immutability beyond const and into shared and persistent data structures, concurrency beyond threading and locks, and thinking about functions as transformations and units of composition rather than actions.

This meeting has the specific agenda of finalizing the Concepts PDTS ballot comment resolutions with the goal of approving a document for publication. 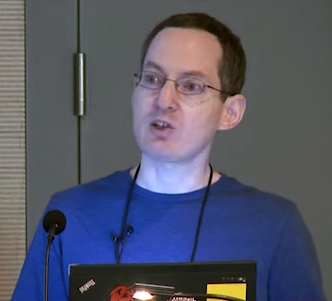 Emscripten and asm.js: C++'s role in the modern web

All major web browsers are written in C++, but C++ is starting to fill an important role in web *content* as well: while JavaScript is the only standards-compliant language available to websites, compiling other languages to JavaScript has been shown to be practical and effective. This talk will explain how Emscripten, an LLVM-based open source compiler from C++ to JavaScript, lets you run a C++ codebase on the web at near-native speed. To achieve that level of performance, Emscripten emits asm.js, a strict subset of JavaScript that is easy for JavaScript engines to optimize, and was designed specifically as a compilation target for languages like C and C++. We'll also discuss some of the more challenging aspects of compiling C++ to JavaScript, stemming from the C++ language itself, libraries and toolchains, and some thoughts on possible solutions.

A simple and complete explanation of the enum:

Enumerated types in C++ give a trivial simulation of symbolic types – that is, objects whose instances have unique, human-readable values. In C++ enumerations are essentially named integers that are either assigned values implicitly by the compiler or explicitly by the programmer (or a combination of both)...

A personal opinion from Arne Mertz about the state of C++. Always interesting.

The notion of C++ coming back to where it was before the raise of languages like Java and C#, or even the comparison of C++ now and then has a serious flaw: It is an isolated view of only the languages, competing for popularity in a fixed surrounding.

CppCon 2014 What the committee did next!--Alisdair Meredith 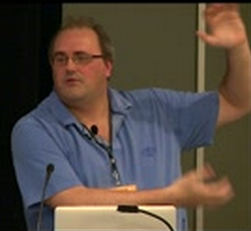 What the committee did next!

Now that C++14 is done, what is the standard committee working on next?

After inking 8 years to produce the C++11 standard (arguably 13) there was a feeling we should be able to produce new work faster, more incrementally. With the renewed interest in C++, we have more participation on the committee, and have looked to harness that enthusiasm in new ways. In the last 3 years we have spun up at least a dozen new study groups, and have 8 or mode Technical Specifications in various stages of development that we hope to ship over the next 12-24 months. So what are all these new groups and specifications about? Come to this session and get a vision of where C++ is headed in the immediate and short-term future.

After 7 years of development, CppDepend reached a certain level of maturity. Yet there are still many new potential features and improvements possible. We found out that the most sensitive part for this version 6 was actually to chose carefully the set of new features and improvements we’d like to offer to users.  version 6 new stuff reflects well the most demanded features that have just been marked as completed. Further topics are:

Episode 17 of CppCast the only podcast by C++ developers for C++ developers. In this episode Rob and Jason are joined by Richard Thomson to discuss exercism.io and C++ refactoring tools

Richard Thomson is a passionate software craftsman. He has been writing C programs since 1980, C++ programs since 1993 and practicing test-driven development since 2006. For 10 years, Richard was a Microsoft MVP for Direct3D, Microsoft's native C++ API for 3D graphics. His book on Direct3D is available as a free download. Prior to that, Richard was a technical reviewer of the OpenGL 1.0 specification. He is the director of the Computer Graphics Museum in Salt Lake City, Utah and currently works at DAZ 3D writing 3D modeling software in C++. Recently, Richard has added the C++ language track to exercism.io and has been working on adding refactoring tools to the clang tool suite.