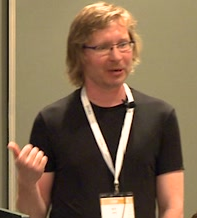 What does it take to target multiple major mobile devices (as well as traditional environments) with portable, efficient, single-source code? This talk demonstrates architectures, techniques, and lessons learned rooted in actual experience with using C++ to deliver several major cross-platform projects across iOS, Android, Windows, and Mac: Microsoft Office (Word, Excel, PowerPoint, OneNote) and the SQL Server PowerBI. Each presents a different case study: For example, Office already used C++, whereas PowerBI was originally written in Silverlight and then rewritten in C++; Office is a set of user-facing apps, whereas PowerBI is a system component. Although some of these are demanding first-tier “Cadillac” applications, we expect this experience to be a model for the future as more and more apps fall into this category and use C++ to target many popular platforms from (mostly) a single source base. This talk will cover the following key topics and tradeoffs: Rich vs. reach, including access to latest OS features (e.g., iOS 8 additions) and hardware features (e.g., vector units, GPUs). Consistency of functionality. Client code vs. server/service web code. Sharing vs. quality, including dialing appropriately between more shared code and high quality code. Drawing the line between the bulk of C++ code and interfacing with non-C++ for UX and PALs (platform adaptation/abstraction layers) for target-specific user interface and system services. Architecting PALs, including why “mini-PALs” rather than an “über-PAL.” Forces “doing the right thing” and good architecture with composable components. How C++ enables things not feasible using other technologies. Velocity and enabling faster cross-platform development and deployment. Cost of maintenance, including time, size, and complexity (both breadth and depth). And, last but not least, developing in a single modern C++ source base built with different evolving C++ compilers, including VC++ and Clang/LLVM.