The C printf family is still the gold standard of performance for formatted I/O, but woefully fragile and inextensible. C++'s iostreams offers important advantages in type safety, but struggles with performance and internationalization.

A number of projects, such as Boost.Format, try to the advantages of both. Here's further discussion about one such library we linked to recently:

I was recently asked on GitHub why would someone use fmt::printf, which is a part of the C++ Format library, over the standard C library printf. This is a fair question and so I decided to write this blog post comparing the two.

Disclaimer: I’m the author of C++ Format, so this is all very biased =).

A new open source HTTP/2 RPC Framework for C++ and other languages has been released.

Today, we are open sourcing gRPC, a brand new framework for handling remote procedure calls. It’s BSD licensed, based on the recently finalized HTTP/2 standard, and enables easy creation of highly performant, scalable APIs and microservices in many popular programming languages and platforms. Internally at Google, we are starting to use gRPC to expose most of our public services through gRPC endpoints as part of our long term commitment to HTTP/2. 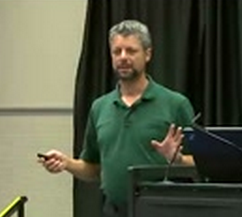 Overview of Parallel Programming in C++

Parallel programming was once considered to be the exclusive realm of weather forecasters and particle physicists working on multi-million dollar super computers while the rest us relied on chip manufacturers to crank out faster CPUs every year. That era has come to an end. Clock speedups have been largely replaced by having more CPUs on a chip. Your typical smart phone now has 2 to 4 cores and your typical laptop or tablet has 4 to 8 cores. Servers have dozens of cores and supercomputers have thousands of cores.

If you want to speed up a computation on modern hardware, you need to take advantage of the multiple cores available. This talk is provides an overview of the parallelism landscape. We'll explore the what, why, and how of parallel programming, discuss the distinction between parallelism and concurrency and how they overlap, and learn about the problems that one runs into. We'll conclude with an overview of existing parallelism technologies in C++ and the future directions being considered for parallel programming in standard C++.

Unspecialized std::tuple_size should be defined

Arne Mertz goes into the details of using boost operators.

In my first two posts about operator overloading I have written about the basics and common practice. This post shows some lessons from the common practice post on a concrete example and then introduces to Boost.Operators, a library that conveniently reduces the boilerplate involved when overloading multiple operators for a class.

If we look at the list of operators, we see that there are about 50 of them, and many of them can be overloaded in different ways. Even if we restrict ourselves to a few operations that make sense for a given class, then one of those operations often brings two or more operators.

On the matter of having a useful error message:

Return type deduction pre-decltype and auto could really make one mad. Back then, if you wanted a function object, you had to make it "adaptable", meaning it had to inherit from std::unary_ or binary_function and define its first_argument_type, second_argument_type, and result_type. There had been no concept of "transparent functors" allowing us to pass polymorphic functions to higher order functions (like std::plus<> to std::accumulate). For an example of programming in these dark ages, check out the FC++ FAQ.

CppCon 2014 C++11 in the Wild: Techniques from a Real Codebase--Arthur O'Dwyer 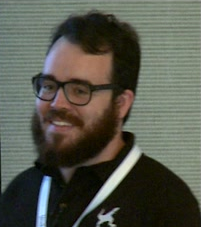 C++11 in the Wild: Techniques from a Real Codebase

This talk presents several reusable constructs from a production C++11 codebase, each of which would not be possible without C++11's new features. Auto() is what Alexandrescu's ScopeGuard looks like after a dozen years of C++ evolution. make_iterable() constructs a container from a pair of iterators, enabling simple "foreach" iteration over legacy containers. spaceship() is an efficient "strcmp" for tuples. Time permitting, we'll look at some more arcane code samples.

If you are confused about the topic, read this article:

I just finished watching a talk from CppCon 2014 by Scott Meyers: Type Deduction and Why You Care. All in all it was a very interesting and entertaining talk, and I learned a thing or two, especially about the combination of type deduction and braced initializers. Since this blog is about simplifying the use of C++, I want to have a short look at that special combination and derive a rule of thumb from it...

Here is a useful thing to know that appeared with C++11:

My short summary for non static data members initialization from modern C++. A very useful feature. Should we use it or not? 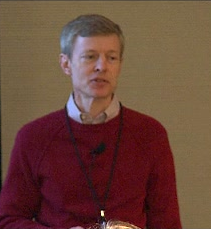 The Joint Strike Fighter (JSF) is the first major DOD aircraft program to use C++. Much of this software is either safety critical or mission critical and so must be written in such a way as to be clear, readable, unambiguous, testable, and maintainable. We discuss the driving requirements behind the standard and its evolution. We give a quick overview of our standard and discuss how it differs from later standards such as MISRA C++. We discuss lessons learned over our nine year history of applying the standard to a large embedded software program. We also address ambiguities in rules and difficulties with automated checking of conformance with the standard.