Quick Q: How do I move an expensive object into a map? -- StackOverflow

Quick A: Using the form of insert that takes an rvalue and passing a temporary or a std::move'd object, or calling emplace.

Moving an object into a map

how can I guarantee a move? Will this work or is there more to it?

Quick Q: Is the safe-bool idiom obsolete in C++11? -- StackOverflow

Quick A: Yes. Another way that modern C++ is safer and simpler.

(If you don't know what the safe-bool idiom is, don't worry. It's  a workaround that's now obsolete.)

Is the safe-bool idiom obsolete in C++11?

This answer of @R. Martinho Fernandes shows, that the safe-bool idiom is apperently deprecated in C++11, as it can be replaced by a simple

... Is our assumption in the title correct? I hope we didn't overlook any potential drawbacks. 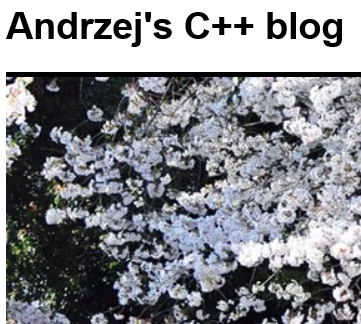 Andrzej continues this month with more interesting thoughts on preconditions.

In this post I will continue sharing my thoughts on preconditions. It will cover some philosophy behind the concept of preconditions (and bugs), and investigate the possibility of employing the compiler to verify some preconditions. Many people provided a useful feedback on my previous post. I will also try to incorporate it into this post.

Note that this article diverges from recommended practice in one way... it hints at the idea of throwing exceptions to report precondition violations. Instead, per C++ Coding Standards and other established guidance, prefer to use assertions to check preconditions: precondition violations are just bugs in the caller's code that should be caught at test time, assertions cause no overhead in production, and assertions fire immediately at the line of code that contains the bug without losing the call stack and other local context. Using assertions is still considered to be a best practice.

The popularity of C++ has varied throughout the years since its introduction in the 1980s.  The rise of managed languages like Java and C# along with the emergence of scripting languages like JavaScript, Python, and Ruby has affected C++'s adoption.  Yet many supporters like C++ for the control, raw power, and speed that it offers.  C++11 promises to bring that power to programmers in a more efficient manner, and the changes it introduces illustrate how much the language has grown in the past 30 years.  Programmers looking to learn about C++11 or perhaps sample C++ for the first time would do well to try C++ Primer, 5th Edition by Stanley B. Lippman, Josée Lajoie, and Barbara E. Moo.  InfoQ had the opportunity to speak with Ms. Moo about her new book and the C++ language as a whole. 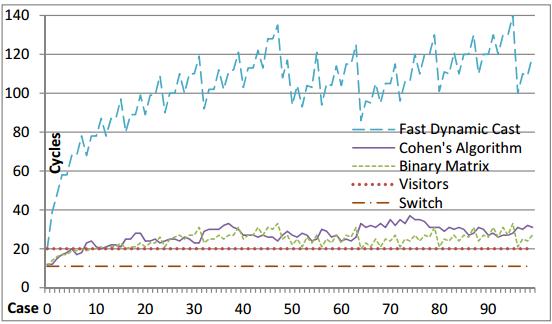 ... we implement a type switch construct as an ISO C++11 library, called Mach7. This library-only implementation provides concise notation and outperforms the visitor design pattern. ... For closed sets of types, its performance roughly equals equivalent code in functional languages, such as OCaml and Haskell.

C++ is a powerful library-building language. Whenever possible, we prefer to add new functionality as a library rather than in the language. This is an excellent example of where a C++ library-only solution can get equivalent performance to the language support included in some popular functional languages.

This three-day training teaches everything about the new C++ standard, C++11.

C++11 will become more and more important in the C++ ecosystem, eventually becoming the most prevalent version. Every professional developer should invest in learning the new language version and try introducing its benefits into projects. And for good reasons: C++11 brings a large range of new features that makes development safer, faster, easier and more fun. Once you have tried features like lambda functions, range-based for loops, the auto keyword and the new initialization syntax, you won't want to go back. In addition to that, many more advanced features like variadic templates, rvalue reference and of course the new standard library additions like multithreading classes, smart pointers, regular expressions and new containers and algorithms complete the picture.

During the training day at Qt DevDays 2012 in Berlin, KDAB engineer Marc Mutz, presented some the most important C++11 features using parts of the material from this course. This was very well attended, receiving positive feedback.

Our full training lasts for three days and covers a wide range of topics, it goes in-depth and provides time to show C++11 examples as well as allowing participants to go hands-on and trying out C++11 themselves in exercise projects.

See the course description for more details about the content.

To view our schedule and to book your place for our next C++11 trainings go to: www.kdab.com/schedule/

Herb Sutter's biggest and deepest talk at C++ and Beyond 2012 is now online:

This session in one word: Deep.

It's a session that includes topics I've publicly said for years is Stuff You Shouldn't Need To Know and I Just Won't Teach, but it's becoming achingly clear that people do need to know about it. Achingly, heartbreakingly clear, because some hardware incents you to pull out the big guns to achieve top performance, and C++ programmers just are so addicted to full performance that they'll reach for the big red levers with the flashing warning lights. Since we can't keep people from pulling the big red levers, we'd better document the A to Z of what the levers actually do, so that people don't SCRAM unless they really, really, really meant to.

Herb adds on his blog:

Note: This is about the basic structure and tools, not how to write lock-free algorithms using atomics. That next-level topic may be on deck for this year’s C++ and Beyond in December, we’ll see...

C++ and Beyond 2013 dates and location finalized 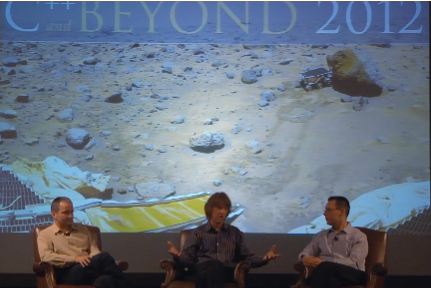 The final dates and location are now set for C++ and Beyond 2013 with Scott Meyers, Herb Sutter, and Andrei Alexandrescu:

About a month ago, I posted tentative dates for C&B 2013.  I cautioned that there was no contract yet, and I’m glad I did, because shortly thereafter we discovered an off-by-one scheduling snafu.  As a result, the dates are not the ones I posted earlier, they’re a day later: Monday evening, December 9, through Thursday, December 12.

The inital C&B in 2010 was held at the Salish Lodge and Spa in Snoqualmie, Washington, USA.  In 2011, we had a larger group in a larger venue, and last year we bumped up the numbers again.   Growth was ours, it seemed, but we sensed that C&B was looking more like a conventional conference and less like the unique event we had originally envisioned. For 2013, we decided to return to our roots, both geographically and organizationally.

C&B 2013 will return to the Salish Lodge and Spa in Snoqualmie, Washington (not far from Seattle). Enrollment will again be limited to the capacity of the ballroom (~64 attendees). Scott will again lead lunchtime walks. Evenings will again feature free-form “hang out with the speakers” sessions. Hotel guestrooms will again boast fireplaces, whirlpool tubs for two, and one whopping big waterfall just steps from the front door. If you were part of C&B 2010, you know what I’m talking about. If you weren’t, ask around: you’ll wish you had been.

We’ll announce more details when they’ve been finalized, including when registration for C&B 2013 will begin. In the meantime, reserve December 9-12 for C++ and Beyond 2013 in Snoqualmie, Washington, USA.

As an experiment to make C++ standardization papers more accessible, we're trying out a new idea: posting links to papers as the papers become available. This does not replace the committee mailings; the papers will still be collected and made available in the regular mailings (about four times a year) and those mailings will also still be announced here. The purpose of this experiment is to try to publish papers earlier and more often, so as to make it easier to get feedback sooner from a wider audience and reduce the glut of papers that need to be absorbed before meetings. If you are not a committee member, please use the comments section below or the std-proposals forum for public discussion.

Note that some papers, like this one, will be mainly informational rather than proposal papers for technical discussion. 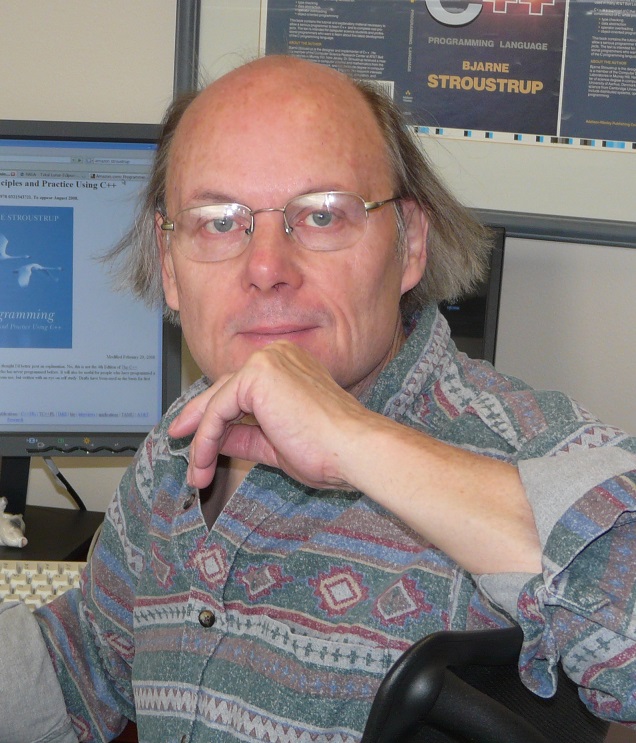 The final installment of Bjarne Stroustrup's four-part Tour of C++ is now available. This material is a preview draft of Chapter 5 of Stroustrup’s upcoming The C++ Programming Language, 4th Edition.

A Tour of C++, Part 4: Concurrency and Utilities

Describe all of C++ in 100 pages (or less). Don't just describe the language, include the standard library. Don't use "white lies" to simplify. Describe the major programming styles and techniques. Give rationale. Don't forget about concurrency. And, oh, by the way, make it readable to programmers (do not require a PhD).

That was the task I set myself when I decided to write the "Tour of C++" for TC++PL4. I suspect that succeeding perfectly is beyond me, but at least I met the first criteria: The tour is currently 98 pages, and shrinking.

This last, part 4, of the tour presents concurrency and some of the newer standard-library facilities.