Where is C++ used, besides everywhere? -- David Intersimone 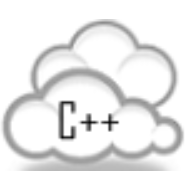 From David I's blog at Embarcadero, a nice summary of where C++ is used with links to more... the next best thing to a "C++ inside" logo.

Multi-Device C++ is used everywhere on planet Earth and beyond!

In my conversation with Bjarne Stroustrup during the CodeRage 7 C++ Conference (replays of the sessions are available to watch and download) last December, Bjarne talked about how pervasive C++ is in enterprises, infrastructures, major application software and operating platforms. C++ is used to build Operating Systems, Libraries, Applications and Scalable Systems.  C++ is used in many different markets on planet Earth and beyond...

Image Watch: C++ image and video debugging plug-in for VS 2012 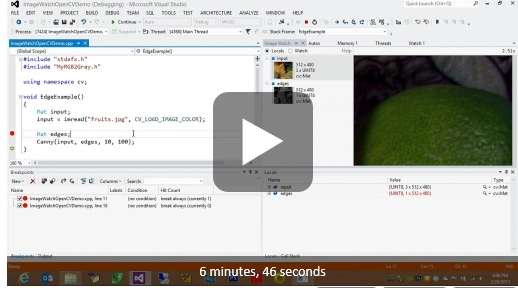 We continue to see modern C++ tool development across the industry continue apace. Here's another new cool C++-oriented tool with a nice seven-minute video on Channel 9:

Image Watch is a new Visual Studio 2012 plug-in for debugging C++ image and video processing applications, for example photo or augmented reality apps. Image Watch provides a watch window that can display in-memory bitmaps during debugging, so you no longer need to litter your code with "save-this-intermediate-image-to-a-file" statements when tracking down bugs. The initial release has built-in support for OpenCV image types and can be extended for viewing user-defined image types as well.

The C++ REST SDK (codename "Casablanca") has officially been released as an open source project on CodePlex...

We first announced Casablanca as an incubation project on Microsoft's DevLabs back in April of 2012. Since then we have had several releases and have seen library quickly evolve. As we added new features and received feedback from customers, it was evident that two separate entities were beginning to form. As a result, the "Casablanca" project on DevLabs has been separated into 2 different SDKs: the C++ REST SDK and the Azure SDK for C++.

The first of the two SDKs being released is the C++ REST SDK. It includes tools to quickly write modern, asynchronous C++ code that connects with REST services. We take advantage of the power and productivity offered in C++11 while providing a cross-platform solution. We currently support Windows 7, Windows 8 (Windows store and desktop applications), and Linux.

The main features in this SDK include:

Quick Q: What's the difference between std::advance and std::next? -- StackOverflow

We continue last week's discussion of comparison functions by thinking about how to compare objects from different parts of an inheritance hierarchy...

No, really, moving a return value is easy -- StackOverflow

People new to C++11 often hear about move semantics, and expect that they have to do work to take advantage of it. That's often not true, and often the cleanest, simplest code that doesn't even mention move or && anywhere is just what you want -- that's C++11, clean, safe, and faster than ever.

Perhaps the most common case (and question) involves returning values from functions. The new rule for modern C++ style: Just return even big objects by value, and move Just Happens.

It just came up again on StackOverflow:

Sometimes we just try too hard, because we expect efficient programming not to be easy. Welcome to C++11.

Another step forward in C++ community libraries, joining others including Facebook's and Microsoft's OSS C++ work. This from last.fm last week:

All our tools are belong to you (last.fm)

Today we’re releasing moost, a C++ library with all the nice little tools and utilities our MIR team has developed over the past five years. If you’re a C++ developer yourself, you might notice that moost sounds quite similar to boost, and that’s on purpose. moost is the MIR team’s boost, there is hardly a project in our codebase that doesn’t depend on one or more parts of moost.

There are a lot of different things in moost... 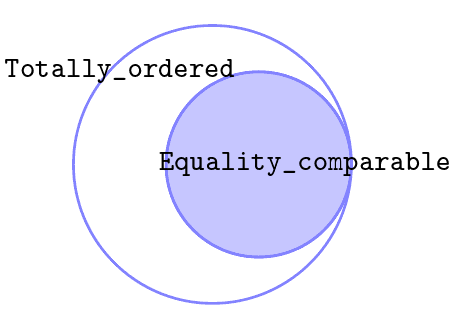 During the C++11 standards development cycle, much work was done on a feature called "concepts" which aimed at providing systematic constraints on templates. Concepts was deferred from C++11 for lack of time to complete it, but work has continued.

Now, a draft of new paper is available proposing a very useful subset of concepts, dubbed "Concepts Lite", for near-term consideration including at the spring ISO C++ meeting in Bristol, UK, this April. For example, imagine writing this template:

getting this short and non-cryptic error message:

That's an actual error message from the prototype GCC implementation linked below.

We're very excited about this feature and its continued progress. Here are links to the draft of the new paper:

In this paper, we introduce template constraints (a.k.a., “concepts lite”), an extension of C++ that allows the use of predicates to constrain template arguments. The proposed feature is minimal, principled, and uncomplicated. Template constraints are applied to enforce the correctness of template use, not the correctness of template definitions. The design of these features is intended to support easy and incremental adoption by users. More precisely, constraints:

This work is implemented as a branch of GCC-4.8 and is available for download at http://concepts.axiomatics.org/~ans/. The implementation includes a compiler and a modified standard library that includes constraints. Note that, as of the time of writing, all major features described in this report have been implemented.

A new publicly readable committee forum is now available on the Forums page:

Near-term focus is on a convergence between the static if proposals and the parameter-type-constraints subset of concepts.

Note that this forum is for standardization of a new feature; do not expect the features mentioned in this forum to be available yet in your own compiler. However, if you're interested in seeing the shape of the feature as it advances to being approved by the committee likely in the near future, this forum is for you.

For information about this and other SGs, see also:

Quick Q: When should I use std::function vs. make my function a template? -- StackOverflow

To accept a functor as a parameter, when should you:

Thanks to C++11 we received the std::function family of functor wrappers. Unfortunately, I keep hearing [...] that they are horribly slow. [... Is the right recommendation] that functions can be used as de facto standard of passing functors, and in places where high performance is expected templates should be used?