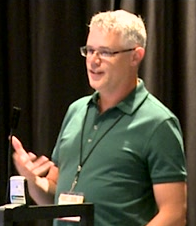 Anatomy of a Smart Pointer

For the first time ever, I do organize a Workshop Day in front of Meeting C++! This is going to be a fun day giving you the knowledge of either C++ in embedded or parallelism.

While some details are still in the making, I already can announce that the speakers of the parallelism workshop are Thomas Heller, Boris Schäling and Michael Wong! The embedded workshop will feature a hands on session from KDAB "Creating HMI for embedded devices with C++ and Qt/QML" by Tobias Koenig.

Episode 24 of CppCast the only podcast for C++ developers by C++ developers. In this episode Rob and Jason are joined by Edouard Alligand to discuss the use of C++ template metaprogramming in real world projects.

Edouard is an experienced kernel programmer, but has spent the last several years working on the hot topic of next-generation databases at software publisher quasardb. He has a strong background in low level programming, beginning with his first programming language: Z80 assembly. Edouard is a C++ enthusiast with a strong taste for template metaprogramming, generic programming, and you're not doing it right if the compiler doesn't crash programming. 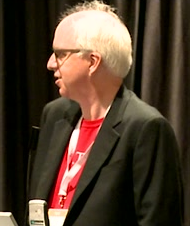 The New Old Thing, of Fun with Lambdas

Today is a description of a C++11 new feature:

If you’re using container classes in your C++ code (and you probably should be, even if it’s just std::array) then one of the things you’re going to want to do (a lot) is iterate through the container accessing each member in turn.

Without resorting to STL algorithms we could use a for-loop to iterate through the container... 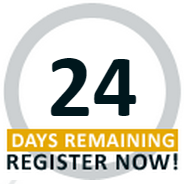 CppCon 2015 is the largest community gathering for the breadth and depth of modern C++. If you haven't registered yet, now's a great time.

It's not just about listening to the over 100 talks by speakers who are world experts in their fields -- it's also about the interaction between attendees. Here's another part of that, in today's news:

The response to last year’s Call for Lightning Talks was so strong that this year we are adding a second evening session, so plan on joining us for the fun on Tuesday and Wednesday evenings.

Lightning talks are 5 or 15 minutes talks on any topic that will be interesting to C++ programmers. Expect fast paced fun with talks that are funny or intriguing from speakers at all experience levels.

If you’ve never seen a lightning talk before checkout some of last year’s on our YouTube channel. They cover a single topic and they start with the good stuff and make a point. Anyone can do one, but be sure to practice because 5 minutes goes by incredibly fast and 15 minutes isn’t much easier. If there’s one technique you wish everyone knew, one little known fact that should be well known, one tool that makes your life easier every day, or a collection of little things that you can fit into 5 or 15 minutes, you can propose a lighting talk, and you should.

Anyone can submit a talk, you don’t need to be a conference speaker (or even a registered attendee). We are looking for talks from experienced speakers, but also new speakers and students. To submit a talk, just email open-content@cppcon.org and tell us what you want to talk about, what length you need (5 or 15 minutes), and a little bit about yourself (one sentence is fine). Even if you don’t plan to submit, plan to attend, it’s sure to be fun!

One of C++ selling point is the performance it allows, while still offering a good hardware abstraction. It enables not only fast programs, it enables efficient ones.

The following interrelated CppCon 2015 talks tackle these issues and more.

Complex numbers are an important tool from mathematics enabling many problems to be written in a more generic form. The C++ standard library comes with an implementation to work with complex numbers in a natural way.

Motivated by useful real world examples from theoretical physics and audio dsp I will discuss benchmarks of std::complex and demonstrate how alternative implementations, naïve or advanced ones based on expression templates, outperform std::complex and can compete with hand-crafted C code (depending on compiler and std lib). A quick introduction to expression templates will be provided.

C++ coroutines are one of the few major features that may land in C++17. We will look at the current standardization status, available experimental implementations and develop a small coroutine adapter over raw C networking APIs that will beat hand-crafted state machine in performance.

std::future provides us a mechanism for asynchronous communication between a provider and receiver. However, the C++14 standard does not allow for actual asynchronous programming, as the only ways to interact with an std::future are blocking calls. The proposed then helps, but the interface is awkward and can be extremely slow when handling exceptions. Here, I will talk about completion a high-performance, async-only and monadic alternative to std::future and how it is used at SolidFire.

But when I talk to other developers about constexpr they seem puzzled. What sorts of useful computations can the compiler possibly do before runtime?

I'd like to take this session to explore some of the capabilities that constexpr brings to the table. We'll look at compile-time parsing, floating-point computations, and containers. We'll also talk about motivations for computing these at compile time.

C++ is paramount for games development, and low-latency real-time applications everywhere. But has it recall improved since C++98/03? What features in C++ 11/14 has helped, and what else do we still need from C++ 17/22? In last year's CPPCon, there was clearly demand for even better support for this community as evidenced by the large number of games submission and an impromptu BoF.

But this industry has a demanding schedule and cannot freely attend ISO C++ standard meetings. So when the prophet cannot go to the mountain, the mountain has decided to come to the prophet!

This talk will describe the initial findings of the unofficial real time google group https://groups.google.com/forum/#!forum/unofficial-real-time-cxx as described in: http://www.open-std.org/jtc1/sc22/wg21/docs/papers/2015/n4526.pdf where we considered improvements such as flat map, intrusive container, and other suggestions for better support for games development and low latency in ISO C++.

KDAB starts the C++ roadshow across the US in September

In September, well-known software trainers KDAB, will visit Boston, Chicago, Austin and the Bay Area with a 2 day training class designed for seasoned C++ users on “What’s new in C++11 and C++14?” for just $499 per person.

What’s in it for me?

The importance of C++11/C++14 in the C++ ecosystem is growing fast and inevitably will become the version most used before long. Every professional developer should invest in learning it and introducing its benefits into projects...

Programming is not all about creating softwares. It is also important to verify that the program works as expected. Tests are used for that.

The following interrelated CppCon 2015 talks tackle these issues and more.

C++ has been notorious for being a second class citizen when it comes to test frameworks. There are plenty of them but they tend to be fiddly to set-up and ceremonious to use. Many of them attempt to follow the xUnit template without respect for the language environment they are written for. Catch is an attempt to cut through all of that. It is simple to get and simple to use - being distributed in a single header file - yet is powerful and flexible. Catch includes a number of innovations that make testing in C++ more natural - and fun - than ever before. This presentation introduces you to the unique approach that Catch brings to unit and integration testing - and how to use Catch to drive your design with TDD or BDD.


Your Tests Are Terrible: Tales from the Trenches by Titus Winters, Software Engineer, Google

Thousands of Google engineers have collectively written about 100,000 separate C++ test binaries in the last 15 years. Not all of those was a perfect test. In this talk we’ll focus on how to write good tests and adopt a good testing philosophy, with lots of examples of what not to do (and why).

Battle.net is the online service that runs Blizzard's games. As such, it is a large scale distributed system with many interacting parts and dependencies on various services and data. While developing Battle.net servers, I needed a way to isolate and test functionality that I was working on.

In this talk I will cover my experience designing for testability of components in a distributed system, and practical ways to structure classes and data to facilitate testing. I will also present my solution to the problem of testing my code for correctness, performance and scalability without having to deploy a full-scale environment and spin up a million clients.

This session goes in-depth into advanced techniques to isolate and unit test C++ classes, especially those in legacy code that isn't easy to change. This builds on the Pragmatic Unit Testing in C++ talk from last year, with live code examples of safe refactorings, injecting mock objects, and potential pitfalls across different platforms and toolchains.

Scott Wardle a senior software engineer Electronic Arts will talk about the current memory and C++ debugging setup and tools used in games.

PS4 and Xbox One have virtual memory and 64 bit address spaces, GPU and CPU are getting closer in the ability to work virtual memory. So our tools are getting better and better and closer to PCs. Most of a games memory goes towards art and level data like bitmap textures and polygon meshes. So artist and designer need to understand how much their data takes up. Giving them call stacks of memory allocations does not help. They want to know how big is a group of building is. Why is this group of building bigger than this one? Maybe this one has some animation data or one of the textures is too big. But there are 10,000s of objects built by 100s of people all around the world. 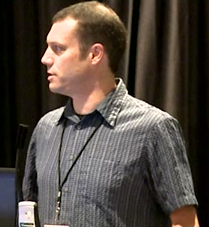