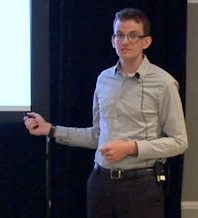 Network programming in C++ frequently requires programmers to find a way to express C++ objects as a sequence of bytes which can be transmitted and reconstructed on another network endpoint. In the case of simpler objects (such as most PODs), object serialization is trivial to perform.

For more complex C++ constructs (polymorphic objects, etc), the approach to serialization is more challenging. This talk will discuss how two powerful Boost libraries, Asio and Serialization, can be used to craft C++ networking code that can handle a vast array of uses cases. A prototype for a message passing framework will be developed throughout the talk.

this code is my work,and i dont know how to using it:
Source code and documents:
https://sourceforge.net/projects/pwwhashmap/files/?source=navbar