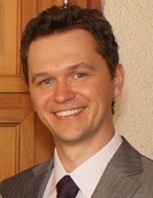 An overview of C++14 language features

In this post, I’m going to highlight some of the new language features in the draft of the C++14 standard. This is an excerpt from my book C++11 Rocks: VS2013 Edition. I looked at the level of C++14 support in different compilers in a previous post. 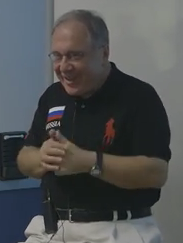 Yet again the wonderful ongoing video series from Alexander Stepanov and Paramjit Oberoi (A9 Organization):

Programming conversations is intended as an interactive course on programming. We'll try to practice the Socratic method: eventually there will be very little lecturing, and most of the time will be spent in discussions and in writing code together. We plan to cover a wide variety of topics, starting with the nature of programming, and continuing, in no particular order, with benchmarking, algorithms, data structures, caches, instruction level parallelism, generic programming, variable sized types, and Platonic ideas.

Most of the concepts are explained in terms of C++11/STL/Boost.

Support for various C++14 additions have been added to the C++ Front End, on the standard C++ library side the most important addition is support for the C++11 <regex>. ...

Various kinds of undefined behaviors in programs can be now diagnosed at runtime through Undefined Behavior Sanitizer. ...

See http://gcc.gnu.org/gcc-4.9/changes.html for more information about changes in GCC 4.9.

From the Changes page:

The G++ implementation of C++1y return type deduction for normal functions has been updated to conform to N3638, the proposal accepted into the working paper. Most notably, it adds decltype(auto) for getting decltype semantics rather than the template argument deduction semantics of plain auto:

Actually, they have been accepted since GCC 4.5, but now the compiler doesn't warn about them with -std=c++1y, and supports parenthesized and brace-enclosed initializers as well.

G++ supports C++1y variable length arrays. G++ has supported GNU/C99-style VLAs for a long time, but now additionally supports initializers and lambda capture by reference. In C++1y mode G++ will complain about VLA uses that are not permitted by the draft standard, such as forming a pointer to VLA type or applying sizeof to a VLA variable. Note that it now appears that VLAs will not be part of C++14, but will be part of a separate document and then perhaps C++17.

Improved support for C++11, including:

The non-standard function std::copy_exception has been deprecated and will be removed in a future version. std::make_exception_ptr should be used instead. 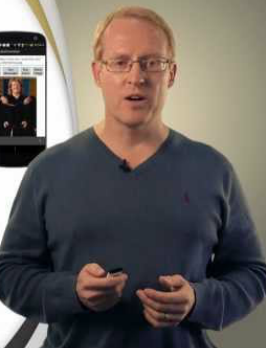 This video playlist contains screencasts from a course I'm teaching on advanced C++ and object-oriented patterns/frameworks in the Spring of 2014 at Vanderbilt University. Please see http://www.dre.vanderbilt.edu/~schmidt/cs251/ for more information on this course.

Douglas C. Schmidt is a Professor of Computer Science, Associate Chair of the Computer Science and Engineering program, and a Senior Researcher at the Institute for Software Integrated Systems, all at Vanderbilt University. He has also been the Chief Technology Officer for the Software Engineering Institute at Carnegie Mellon University, where he was responsible for directing the technical vision and strategic R&D investments.

C++ developers will know of Doug particularly because of his widely-acclaimed ACE and related libraries.

On the Oracle Tech Network, a nice reminder of the still-"new"-to-some hash-based containers, co-authored by the chair of the U.S. C++ standards committee:

by Steve Clamage and Darryl Gove

One of the areas in the new C++ standard that has seen the most enhancement is the Standard Library. The functionality that is most likely to be immediately useful to developers is the additions to the container classes. This article describes the new set and map containers.

Over the last few years, a group of software engineers from Intel, Microsoft and NVidia have worked together on a proposal for the ISO C++ Standard known as the "Parallel STL".

This proposal builds on the experience of these three companies building parallel libraries for their platforms -- the Threading Building Blocks (Intel), PPL and C++ AMP (Microsoft) and Thrust (NVidia). All these libraries have a common trait -- they allow developers to perform common parallel operations on generic containers. Naturally, this aligns very well with the goals of the C++ Standard Template Library.

All three companies are working on their implementations of the proposal. Today, we're pleased to announce that Microsoft has made the prototype of the proposal available as an open source project at ParallelSTL.codeplex.com.

We encourage everyone to head over to our CodePlex site and check it out. The proposal has been approved to be the foundation for the "Parallelism Technical Specification" by the ISO C++ Standards Committee ...

Quick Q: Why does this function take a parameter by value? -- StackOverflow

A classic on SO:

Why do we copy then move?

I saw code somewhere in which someone decided to copy an object and subsequently move it to a data member of a class. This left me in confusion in that I thought the whole point of moving was to avoid copying. Here is the example:

Here are my questions:

More people need to know about to_string and its cousins. Marius Bancila takes us for a short tour:

C++11 provides several standard functions for converting numbers to strings and strings to numbers, all of them available in the <string> header.

For converting numbers to strings there are two new overloaded functions: to_string() and to_wstring(). They take one argument of various numeric types (int, long, long long, double, long double, etc.) and return either a std::string or a std::wstring with the number converted to text. ...

For the other way around of converting strings to numbers there are several overloaded methods (taking either a std::string or a std::wstring): ...

Marco Arena points out an important difference between shared_ptr and unique_ptr regarding polymorphic deletion. The article also shows two ways to equip unique_ptr with a type-erased deleter, one with no usage of dynamic dispatching.

Ponder the use of unique_ptr to enforce the Rule of Zero

I read the article "Enforcing the Rule of Zero" from latest Overload (of ACCU) and I'd like to point out something that I misapprehended at a first reading. ... a clever point the author underlines is about polymorphic deletion: what to do when we want to support polymorphic deletion, or when our classes have virtual functions? ...

Then the author suggests to use a shared_ptr: ... 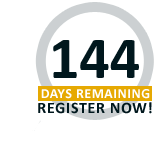 If you've been thinking of registering for CppCon, you can save by doing it in the next couple of days. Over at CppCon.org, Boris Kolpackov reports:

In the past couple of weeks a lot of C++ enthusiasts have registered for CppCon 2014 and as a result we only have about 20 super early bird entries left. If you are planning to attend, this is your last chance to register at the most affordable price.

After the limited Super Early Bird is full, Early Bird registration will be available until the end of June. Student registrations are also available at a heavily subsidized rate to ensure students can take advantage of the program.

See also the Call For Submissions to see the kinds of topics that you can expect to see covered.