Duetto: A C++ compiler for the Web going beyond emscripten and node.js

Learning Technologies Ltd. has released a new Clang-based C++ compiler for the Web:

Duetto: a C++ compiler for the Web going beyond emscripten and node.js

Today Lean­ing Tech­nolo­gies Ltd. releases duetto, a com­piler designed to develop integrated (back­end and fron­tend) web appli­ca­tions in C++. duetto is now avail­able to the pub­lic as FOSS here, and will be offered in a com­mer­cial pack­age with closed-source-friendly licens­ing soon.

[... duetto] allows to pro­gram both the fron­tend and the back­end of a Web appli­ca­tion in an inte­grated C++ code­base, com­pil­ing them respec­tively to JavaScript and native code.

Duetto com­bines the advan­tages of emscripten and node.js by allow­ing the pro­gram­mer to:

In addi­tion to this, duetto pro­vides some nice features:

New Adventures in C++ with Cinder and More -- Ale Contenti

The Cinder C++ library for graphics got a shout-out from Herb Sutter at GoingNative'13, and now we get a full hour-long talk about Cinder from Visual Studio's own Ale Contenti.

New Adventures in C++ with Cinder and More

Play and be productive with modern C++, graphics, on-the-fly projects and more! Starting from the latest Going Native 2013 talks as an inspiration, we will explore how easy is to mold ideas into graphics apps with C++ and Cinder, and how simple tools and techniques can help us be more productive in Visual Studio!

ODB is an open source object-relational mapping (ORM) system for C++. It allows you to persist C++ objects to a relational database without having to deal with tables, columns, or SQL and without manually writing any of the mapping code.

Major new features in this release:

A more detailed discussion of these features can be found on the blog. For the complete list of new features in this version see the official release announcement.

The currently supported database systems are MySQL, SQLite, PostgreSQL, Oracle, and SQL Server. ODB also provides optional profiles for Boost and Qt, which allow you to seamlessly use value types, containers, and smart pointers from these libraries in your persistent classes.

When compiler knows a is int, at compile time or at run-time? If it deduce type at run-time, will it not affect performance?

Much of the content will be familiar to those who've seen or read other recent interviews, but it's a nice concise summary of the essence of C++ including examples in code. If someone you know wonders why C++ was created, or what is the essence of its purpose as a language, or how modern C++ code looks and feels, this article is a good place to send them.

Recently on StackOverflow, someone asked: What's the job of std::unique_lock when used with std::condition_variable::wait()?

A more detailed answer is available in this earlier question, including why taking a unique_lock makes the C++ version superior to some other libraries' designs:

I am a bit confused about the role of std::unique_lock when working with std::condition_variable. As far as I understood the documentation, std::unique_lock is basically a bloated lock guard, with the possibility to swap the state between two locks.

I've so far used pthread_cond_wait(pthread_cond_t *cond, pthread_mutex_t *mutex) for this purpose (I guess that's what the STL uses on posix). It takes a mutex, not a lock.

What's the difference here? Is the fact that std::condition_variable deals with std::unique_lock an optimization? If so, how exactly is it faster?

Michael Wong, head of Canadian delegation, has posted Part 1 of his report on the September ISO C++ meeting held in Chicago.

The View from the C++ Standard meeting September 2013 Part 1

At this meeting, the most important thing was to address as many of the National Body (NB) Comments from the draft C++14 CD possible. This will enable us to be in good shape for the release of C++14 in 2014. Please look at my blog series to get an idea of the major content. However, this meeting did have some interesting minor changes which modified that content. This is fairly normal to decouple features which is still controversial. The biggest change is the moving of VLA (or what we called Array of Runtime Bound) and dynarray into a library array TS, and the adoption of the single quote as a digit separator for C++14. 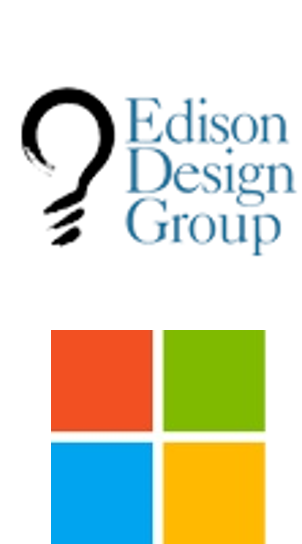 The past week saw new releases of two major C++ implementations, with a focus on standards conformance improvements.

Note: You can't buy a complete compiler from EDG, but EDG's front-end is a key part of several major commercial compilers and tools. With the availability of 4.8, this means that EDG-based products such as Intel's ICC compiler could achieve full language conformance when they can integrate the EDG 4.8 front-end in a future release.

At the GoingNative conference in September, Microsoft also announced that before the end of the year it expects to release a follow-on "alpha" or preview compiler containining initial implementations of additional C++11 language features, likely including 'some or all of' the following: implicit move function generation, & and && qualifiers on member functions, __func__, extended sizeof, thread-safe initialization of function local static variables, unconditional noexcept, constexpr on functions other than constructors, and possibly inheriting constructors. The CTP is also expected to include support for several new draft-standard C++14 language features, including auto function return type deduction, decltype(auto), and possibly the much-anticipated C++14 marquee feature generic lambdas. It will likely also include an initial implementation of the await concurrency language feature that is being proposed for possible inclusion in a future standard.

A new WG21 paper is available. A copy is linked below, and the paper will also appear in the next normal WG21 mailing. If you are not a committee member, please use the comments section below or the std-proposals forum for public discussion.

We have make_tuple, make_pair, but not make_array, while std::array creation can also benefit from this “semiofficial” tuple-like interface to deduce both element type and array bound.

Building upon the resounding success of C++Now 2013 and five years of BoostCon, C++Now 2014 will present leading speakers from the whole C++ community. We invite you to submit session proposals to the third annual C++Now Conference: