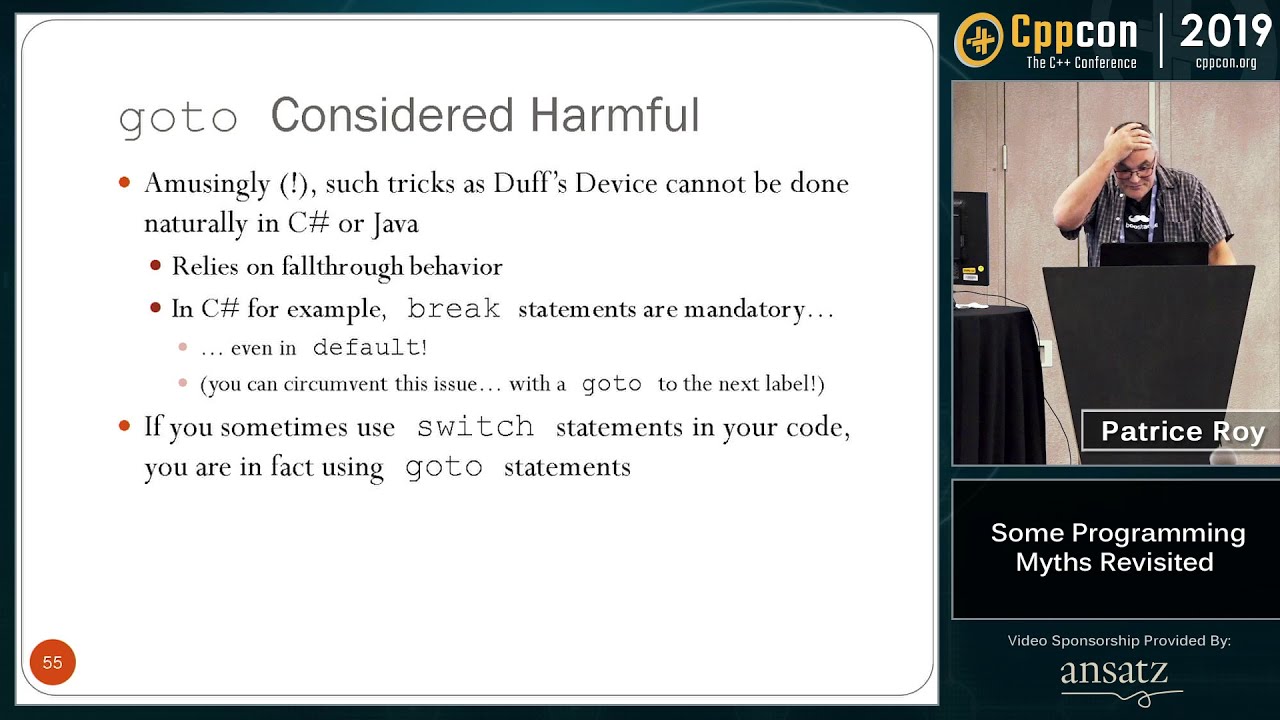 We have been taught, or we ourselves have taught, things that we took for granted as being "good practice" in programming. Such things often stem from the "wisdom of the ancients" (although computer science being young as sciences come, some of the "ancients" are still among us and thriving today, and we're so lucky to have them!), and are in effect part of our "myths".

However, being as grounded in the science-that-there-was as these recommendations are, our ideas have evolved, so have our programming languages, and it can be interesting to revisit some of these taken-for-granted ideas.

In C++, particularly in what some call "modern C++", we find a language that is different enough from its forebears to make revisiting our "myths" interesting. How do such things as "goto considered harmful" or "only one return per function", for example, hold as "wisdom" with respect to modern C++? Do they still help us write better programs or should be rethink them under the light of modern languages and practice?

The aim of this talk is to examine what some commonly heard recommendations or advices with respect to programming practice mean in the context of "modern" C++. We will take a small set of such advices, present them in context, show how well (or how badly) they suit today's C++, and try to rephrase them if this seems advantageous.