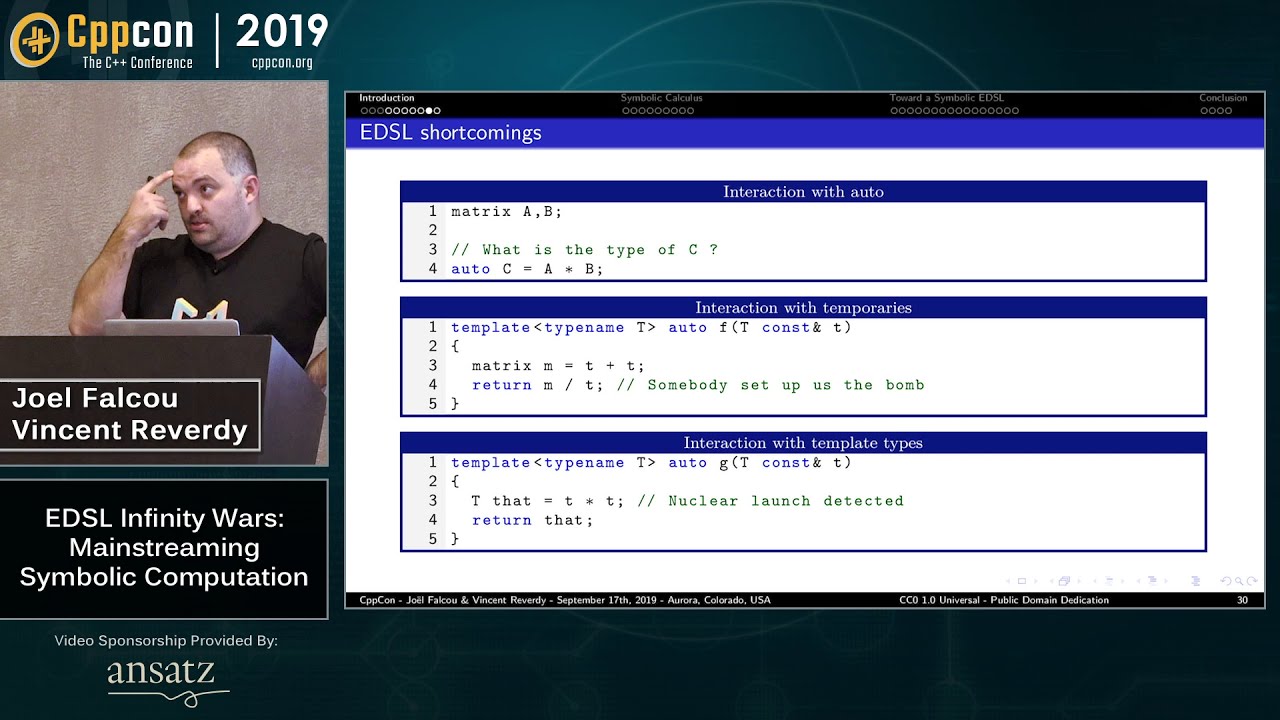 Scientists and Developers want the same thing: a simple code that does exactly what it should. For the former, it implies adhering to their knowledge base and domain idioms. For the latter, it means it compiles in a reasonable time frame and without bugs. for both, it better computes fast in the end. One way developers, especially in C++, provides scientists with usable libraries is to design them as Embedded Domain Specific Languages. Alas, in all honesty, if someone asked the Scientists, they will probably state that LaTex is *the* perfect DSLs they practice every day.

This is an old story and even if we only focus on matrix-based libraries, the current landscape of high-performance computing library -- Blaze, Blitz++, EIGEN, Armadillo, etc... -- is proof that those techniques have a decent public following. This is the point where the icky things start: stories of meta-programming, so-called expression templates and their uphill battle against new C++ features: interaction with auto, rvalue-references, move semantics and so on. The authors have spent quite a bit of their coding life trying to play with or around those techniques and this talk is about what they learned during this journey.

This talk will focus on what kind of mistakes, oversights and traps the old kind of scientific EDSLs fell into. We will investigate why the new C++ features didn't help them but pushed them further into a state of ever-growing complexity. We will present our vision of how a modern-C++ friendly EDSL for science can be built. By starting from scratch, this talk will cover the actual requirements of such a library including move-aware expression templates, symbolic formula building, type/value maps, named parameters and static visitors. As a conclusion, we will scheme over various immediate benefits of such an EDSL and new applications that old style libraries could not handle like symbolic simplification, automatic analytical derivation and more.