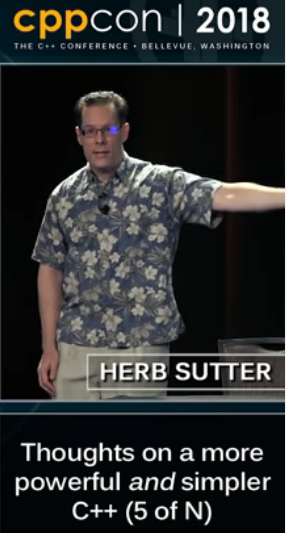 The CppCon 2018 Thursday plenary session is now on YouTube: