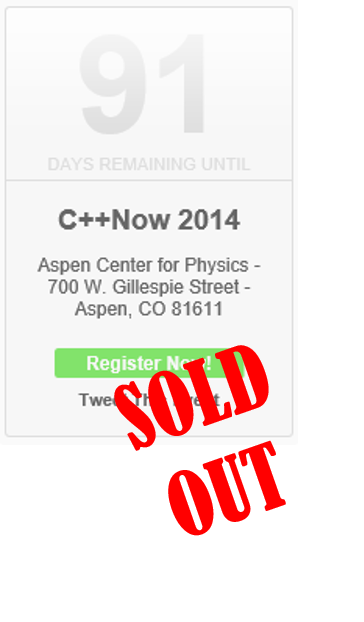 Now C++ Now 2014 has sold out faster than last year -- this time it sold out in less than a month since registration opened, with over three months left to go.

If you have not yet registered for C++ Now 2014 but are interested in potentially going, even if you're not certain yet you should join the waiting list today to get in the queue for a chance to sign up for the last few seats that will open up!

If you missed registering for C++ Now and don't make the waiting list, don't despair -- there will be additional major C++ events around the world later this year. Watch for upcoming announcements here on isocpp.org. Stay tuned...