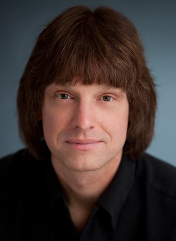 In three weeks, Scott Meyers will be giving a free talk at the Northwest C++ Users' Group:

Though Scott will give a one-slide overview of the idea behind universal references at the beginning of the presentation, attendees are encouraged to familiarize themselves with the notion in more detail prior to the talk. Links to written and video introductions to universal references are available here.

Scott Meyers is one of the world’s foremost authorities on C++. He wrote the best-selling Effective C++ series (Effective C++, More Effective C++, and Effective STL); published and maintains the annotated training materials Overview of the New C++ (C++11) and Effective C++ in an Embedded Environment; is Consulting Editor for Addison Wesley’s Effective Software Development Series, and, with Herb Sutter and Andrei Alexandrescu, is a principal in C++ and Beyond. He has a Ph.D in Computer Science from Brown University. He’s currently working on a new book, Effective C++11/14, which he hopes to publish in early 2014.