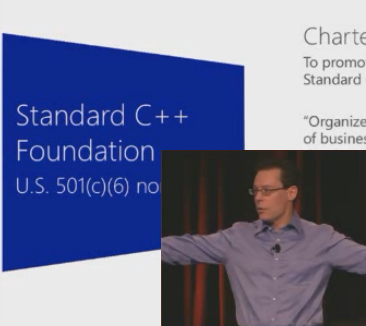 Yesterday, many thousands of you were in the room or live online for Herb Sutter's talk, now available online:

The Future of C++

This has been a phenomenal year for C++, since C++11’s publication just 12 months ago. And yesterday was a great day for C++.

Yesterday I had the privilege of announcing much of what Microsoft and the industry have been working on over the past year.

Note that this is just the first batch of additional C++11 features. Expect further announcements and deliveries in the first half of 2013.

(major) C++ across the industry

Interest and investment in C++ continues to accelerate across the software world.

Thank you all, whatever platform and language you use, for being part of it.