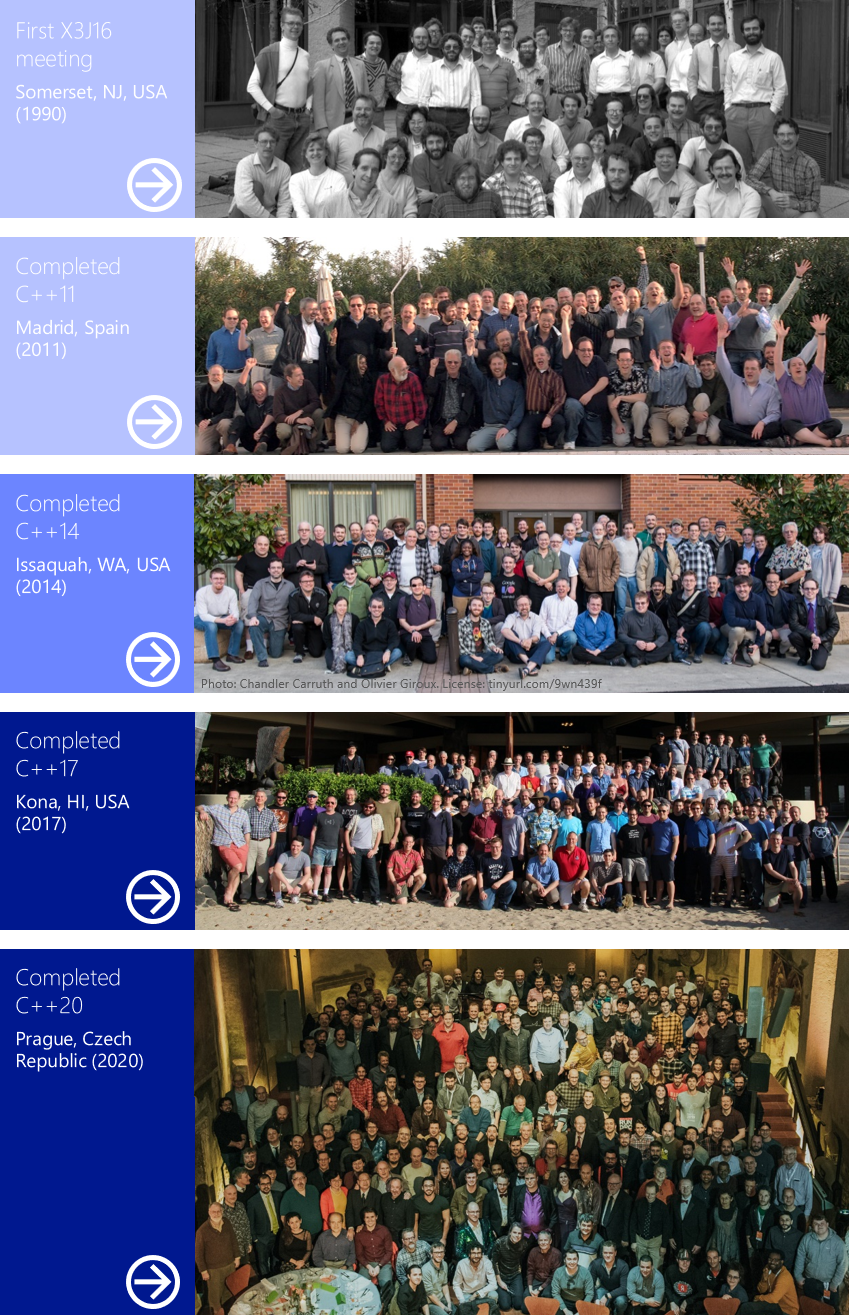 The following are notes from Bjarne Stroustrup, regarding the completion of C++20 on Saturday and summarizing his comments to the committee in the room:

After the 79-0 vote deeming C++20 done on February 15, 2020 in Prague, I made a few comments to emphasize the significance of the event. I got to the lectern just after Herb Sutter had shown photos of the C++ standards committee members at the first meeting and the meetings that voted for the C++11, C++14, C++17, and C++20 standards. I was in all of those, so was Mike Miller from EDG and chair of the Core Working Group. We were the only ones in all photos. This is roughly what I said:

This is a historical event:

I’d like to add a personal note. For me, C++20 is special because it has essentially all from “The Design and Evolution” (1994). In particular, it has concepts, modules, and coroutines:

In addition, we get improved concurrency and a library with ranges, dates, and span.

We (the C++ standards committee members) must be careful and responsible; we serve a huge community:

This has guided the development of C++ so far. No, that’s not easy. We must balance many concerns. I suggest we:

These aims have served C++ well throughout.

Thanks for listening. See you in Varna! (Varna is the location of the next ISO C++ Standards meeting).