Some months ago Facebook brought their C/C++ Facebook-Lint (Flint) analyzer into public domain and made it available on github.com/facebook/flint. Flint provides a lint framework and a number of C++11/14 style rules that we have found useful in our company. 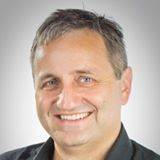 This static code analyzer is not based on a C++ parser, but works with a tokenizer, completely written in D. (The previous C++ version of the program is still part of the repository.)

Under the Hood: Building and open-sourcing flint

... Writing a C++ linter in particular is not for the faint of heart because of C++'s high barrier to entry for parsing. That said, there are now dozens of C++ lint programs with a variety of features, some open sourced. So the natural question is why we chose to write our own instead of using a pre-existing one.

When we started this project, the lint programs we tried were too slow and most didn't support the C++11 features that our codebase had already started to use. Clang, which today would be logical starting point for a C++ analysis tool, offered too little support back then...

The distributed makefile is designed to work on Mac OS and Linux. But it is pretty easy to build a working flint.exe for Windows with Visual Studio and an installed D compiler and the corresponding plugin.

We prefer in our company either pairing or code reviews to ensure a high code quality. But we decided to use Flint as an additional safety-net and since the speed of the analyzer is so amazingly high, we were able to integrate it into the pre-commit hook of our Mercurial repository without any noticable performance drawbacks. So all to be committed C++ files are checked against a subset of all rules, that Flint supports.

(We disabled some Flint rules in the source code, because of missing C++11 capabilities of Visual Studio 2012/2013 and certain checks that does not make sence in our context.)

Consider automatically applying a lint tool in your project build. Whether you pick this or another one, it's worth checking out.